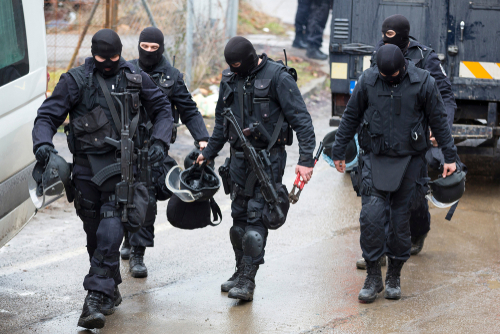 According to the Swiss prosecutors, the bank failed to take all the necessary steps to prevent the suspected drug traffickers from hiding and laundering cash between 2004 and 2008. Credit Suisse,  already burdened by a number of scandals, has now become the first major bank in the country to face a criminal trial.

The prosecution seeks to fine the lender around 42.4 million francs, to be taken as compensation from the bank. Credit Suisse rejects all the charges and has announced it would “defend itself vigorously” in court. In addition, it insists that its former relationship manager, who is also charged as part of the case, was blameless.

“Credit Suisse unreservedly rejects as meritless all allegations in this legacy matter raised against it and is convinced that its former employee is innocent”, the lender said in an official statement.

The 500-page indictment details the relationship between Credit Suisse and its former manager on the one side, and former Bulgarian wrestler Evelin Banev and his associates on the other. Two of Banev’s associates are also named in the process and are charged with participating in the crime.

While Banev himself is not facing charges in the Credit Suisse case, he was found guilty and convicted of drug trafficking in Italy in 2017, and again in Bulgaria in 2018, for participating in a criminal organisation suspected of smuggling tonnes of cocaine from Latin America into Europe.

Banev fled Bulgaria before serving his sentence, and was arrested in Ukraine in September last year. According to Interpol’s red notice list, Banev is being sought by Bulgarian prosecutors to face charges of managing an organised criminal group and drug trafficking.