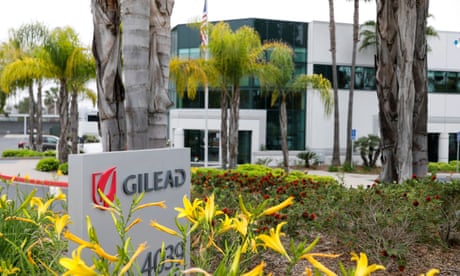 Activists are calling on the pharmaceutical firm Gilead Sciences to study a drug for the treatment of Covid-19 that showed promise in curing cats of a coronavirus.

The drug, called GS-441524, is chemically related to remdesivir, an antiviral also made by Gilead, and one of the only treatments to successfully shorten the duration of Covid-19 recovery.

GS-441524 has also attracted attention for its promise to treat another potential coronavirus – feline infectious peritonitis, or FIP. The drug has become an unapproved black market treatment for the disease, once universally thought to be fatal to cats.

In a letter sent to the heads of four government agencies currently developing treatments and vaccines for Covid-19, the left-leaning Public Citizen group called on Gilead to work collaboratively to begin development of the drug.

The group also accused Gilead of choosing to develop remdesivir, which is much further along in the clinical trial process than GS-441524, because it would remain under patent longer and therefore produce more profit.

“It is sadly predictable that Big Pharma responds to a global pandemic by trying to bring to market only those drugs that maximize its profits,” said Dr Michael Abrams, a researcher with Public Citizen’s health research group and lead author of the letter.

“What is alarming here is that federal scientists and Trump administration regulators appear to be willing partners with Gilead in decisions that run distinctly counter to the government’s primary imperative of advancing public health during this worldwide crisis,” said Abrams.

Gilead specializes in antiviral treatments, and has drawn criticism in the past for its pricing policies. A patented hepatitis C cure costs $1,000 per pill or $84,000 per course in the United States. And the company’s HIV prevention medication Truvada, which could significantly reduce transmission, can cost as much as $20,000 a year in the US.

But not all agree pricing alone is driving Gilead’s decisions. Derek Lowe is a drug discovery scientist and the author of In the Pipeline, a blog which covers early drug development. Lowe said remdesivir could be useful only for a relatively short period of time if a successful vaccine is developed, and that GS-441524 is years behind remdesivir.

“Monoclonal antibodies and vaccines are, to my eyes (and not just mine) the answer to this pandemic,” said Lowe. As those treatments become available, molecule-based antivirals such as remdesivir and GS-441524, will become less valuable.

Remdesivir was available for human use quickly because Gilead hoped to develop the drug to treat victims of Ebola. Although it failed as a treatment for that virus, remdesivir had “an established dosing and safety profile”, as National Institutes of Health researchers wrote.

“That’s what’s driving Gilead’s decision making – they know that remdesivir is their bird-in-the-hand, and that pouring their (large but finite) resources into another compound to try to get it caught up could be a bad move,” said Lowe. “By the time they get it ready to launch, it’s possible that no one would care.”

A spokesperson for Gilead said the decision to develop remdesivir had been taken because it had been shown to be “more effective” in certain key areas than GS-441524 and thus a better candidate for potentially treating Covid-19.

“Reinforcing this decision was the ability to rapidly progress clinical trials with remdesivir, given the urgency of the global pandemic,” the spokesperson added.