Covid-19 Transparency of EU vaccine contracts: why it matters?

by Michèle Rivasi, MEP
in Opinion 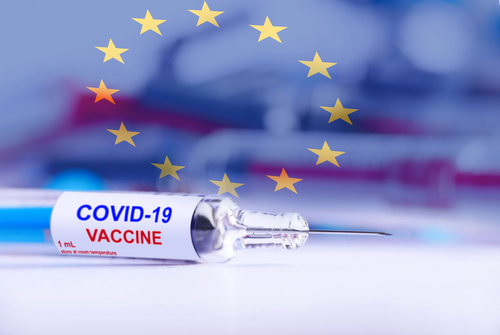 Brussels (Brussels Morning) The crisis caused by the COVID-19 pandemic, coupled with the economic emergency and subsequent social unrest, has prompted the EU and its member states to mobilize emergency funds to respond quickly to all the growing challenges.

However, the urgency of the crisis cannot justify the democratic rollback that Europe has been experiencing over the past 20 months. There is no justification for excluding the European Parliament and civil society from decision-making and maintaining opacity on crucial public health issues. Yet this is what is happening with the Union’s vaccine strategy.

In June 2020, we all welcomed this EU vaccine strategy, which ensured a common and coordinated approach of the 27 Member States. And this, despite the fact that the Commission and the Council excluded any role of the European Parliament in the control of the European financial instrument (ESI) which mobilised 2.5 billion EUR for the Advanced Purchase Agreements for potential vaccines.

Pushed by the urgency to find the vaccines as soon as possible, the Parliament agreed to validate this financial measure but expressly asked the Commission in its resolution of September 2020 to be transparent concerning the vaccine contracts and the ongoing negotiations.

However, it took us a hard fight to gain access to the first redacted copies of the vaccine contracts. Yet, the most important parts containing the vital information for the health of our fellow citizens being heavily redacted, this made them useless.

These contracts concern public health and there is a major public interest that the information they contain regarding prices, liability for side effects, delivery schedule and other essential information is transparent and accessible to the public. In addition, members of the EP must be able to monitor how the six pharmaceutical companies have used the 2.5 billion euros of European taxpayer’s money that they received as advances on vaccines.

For all these reasons, in January 2021, with four of my colleagues from the Greens/efa group, I officially requested the access to all non-redacted contracts signed between the European Commission and vaccine manufacturers. We also demanded to receive the names and conflict of interest declarations of the negotiators of these contracts for the European Union.

At the same time, the European Parliament, as the budgetary authority, has repeatedly asked for details concerning the concrete use of European funds by pharmaceutical companies. Each time, the Commission – on the name of the commercial interests of the pharma companies – has denied our legitimate requests.

Who guarantees us that there has not been any misappropriation of these public funds? And, that instead of funding research and development or increasing production capacity, they did not end up in the pockets of private shareholders?

In June 2021, the commission only told us that it had received so far only one report on the implementation of the vaccine purchase agreement, without specifying the company and the result obtained. Thus, we learned that not only does the European Parliament have no information, but also the Commission itself does not have complete information on the traceability of public sums paid to these companies.

On October 22, after months of correspondence with the Commission, which systematically denied us full access to contracts and any information of public interest, we decided as a group of Greens/EFA MEPs, to file an application with the EU Court of Justice.

For us, it is unacceptable that the Commission withholds this information. In particular, we need to know the prices of the doses, delivery schedule, liability for side effects and conditions for vaccine donation. This information must be transparent and accessible to all. This allows democratic control of public expenditure carried out by civil society and independent institutions, in particular when it concerns the health of all European citizens.

Confirming great public interest in these vaccine contracts, Italian journalists have already disclosed full versions of three out of six vaccine contracts. Non-official advanced purchase agreements with Pfizer/Biontech, Moderna and AstraZeneca are already accessible and can be analysed by the experts. So, one can wonder why the Greens are still going to court?

We want the European Court of Justice to rule on this question. We want to have clear rules at the EU level as the Commission is preparing other joint purchase contracts for vaccines and therapeutics. In the coming years, more than six billion euros of European public money will be used by the new European health emergency response authority (HERA) for this type of contracts.

It is inconceivable for us that the Commission may continue to operate in the same opacity as today in the name of the commercial interests of private companies. Ensure the transparency of these contracts is all the more crucial as we are going through a confidence crisis of our fellow citizens throughout the European Union. Finally, the European Parliament is of our opinion since in its recent resolution on “Transparency of the Union with regard to the development, acquisition and distribution of vaccines against COVID-19 “, it demanded that the European Commission publishes immediately full versions of the vaccine contracts.