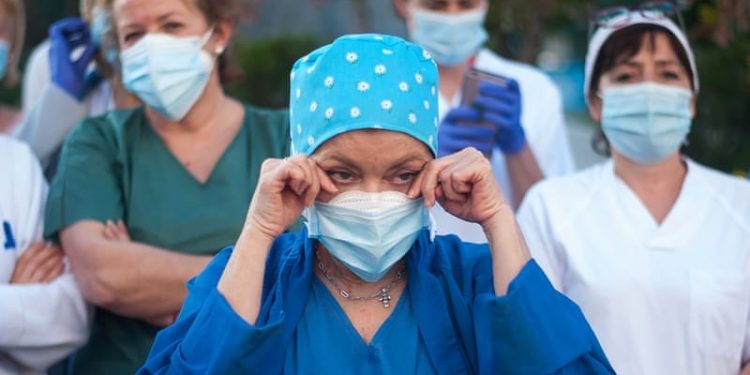 The Equalities and Human Rights Commission (EHRC), a public body that was established by statute in 2006, today said:

“We will gather robust evidence to understand the experiences of ethnic minority people working in lower-paid roles, exploring their experiences during the pandemic which highlights how long-term work-related issues may have increased their risk of COVID-19”.

As part of its inquiry, EHRC will speak to employees and the institutions involved in health and social care settings to establish how race, employment status, immigration status and working conditions influence the treatment of Black and minority ethnic (BAME) people during the pandemic.

The investigation comes almost five months after an unpublished government-commissioned report into the high death rates from COVID-19 among BAME communities found that racism and discrimination were key causes of “exposure risk and disease progression”.

Sky News obtained the report, which said that “Racism and discrimination experienced by BAME key workers [is] a root cause affecting health and exposure risk. For BAME communities, lack of trust of NHS services resulted in reluctance to seek care”.

The Labour MP’s own commissioned rapid review “confirmed the disproportionate way this pandemic has affected our community people living in the British capital”, he told Muslim News.

British think tank the Resolution Foundation also published research last month showing around 22 percent of BAME furloughed workers lost their jobs by September compared with an average of 9 percent for the general population.

The EHRC inquiry seeks to “make recommendations that can be applied to a number of other working environments where ethnic minorities are over-represented at the lowest-paid levels”, said its chief executive Rebecca Hilsenrath,

“This includes those on the front line who have been supporting all of us through the immense challenges we have faced this year”.