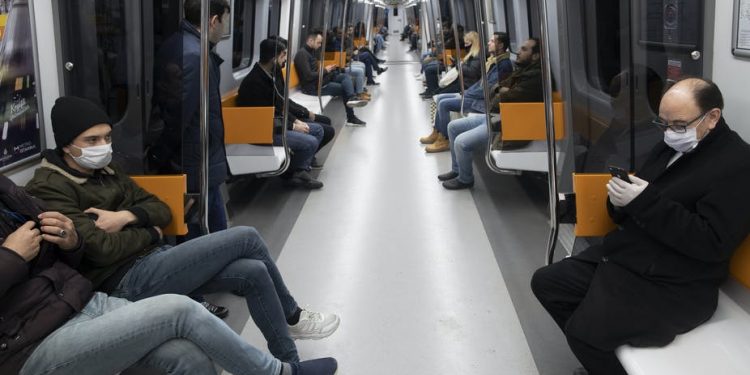 It stressed that policymakers should make economies greener and support them until the pandemic is over.

IMF Managing Director Kristalina Georgieva, speaking on Monday at the European Parliament conference, praised the bloc for providing companies and households with aid worth more than 3 trillion euro.

Acknowledging that the move would help protect jobs, she warned that recovery is uneven “because of the difference in starting positions, economic structure and capacity to respond, causing inequalities to grow both across and within countries”.

Stressing that economic aid should be withdrawn gradually, Georgieva cautioned that “a premature tightening of policy when worse-hit economies are still deeply fragile could exacerbate divergence between countries”.

She pointed out that EU member states traditionally reliant on tourism, such as Greece, Italy and Spain, had experienced economic decline greater than 9% last year, in contrast with the EU average of 6.4%.

Georgieva said the EU’s joint borrowing of 750 billion euro to invest in green and digital investments through grants and loans would prove significant in the long term.

IMF warns that CEE will not recover as quickly

The IMF predicts that per capita income in Central and Eastern Europe will be 3.8% lower compared to pre-crisis projections, in contrast to advanced EU economies where the shortfall is expected to stand at some 1.3%.

According to economists, this divergence will make economic management of the bloc more difficult as well as increase the risk of crises in the future.

While EU finance ministers favour maintaining the fiscal stimulus, next quarter, they plan to discuss when to move from a blanket support for businesses towards a more targeted approach.

In addition, they are to discuss ways to deal with an expected spike in bankruptcies that should follow withdrawal of support.