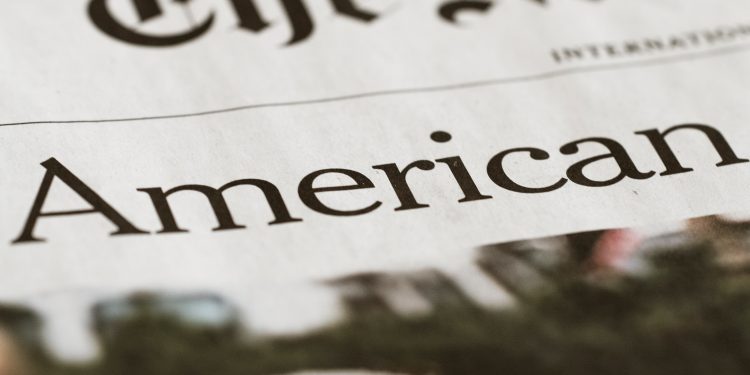 New York (Brussels Morning) One of the notable aspects of the Trump presidency is that while Donald Trump has dominated the media and American political life during his time in the White House, his administration has not spent lot of time and effort governing.

This is obviously an exaggeration, but essentially a modest one. Obviously, Trump did some of the work of governing. He pushed through the kind of tax cut for the wealthy that we have come to expect from Republican presidents during their first year in office.

Trump also appointed people to his government and to the federal bench; and some of those people in government pursued a cohesive policy agenda that included rolling back environmental and other regulations.

Additionally, the Trump administration pursued several high-profile foreign policy goals such as moving the US embassy in Israel from Tel Aviv to Jerusalem, a series of exchanges with North Korean leader Kim Jong Un and efforts to withdraw American troops from various conflicts.

The Trump administration’s real failure to govern is that they never made any effort to address the major domestic problems facing the country including climate change, gun violence, opioid addiction or many others. Previous Republican administrations would have pursued conservative market-oriented solutions to these problems, but Trump and his government never even got involved.

An early, and particularly egregious, example of this, which persisted throughout Trump’s time in office was that, despite his and his party’s longstanding criticism of the Affordable Care Act, they could not be bothered to propose an alternative.

During 2020, Trump’s decision to simply treat Covid-19 as if it were, alternately, a hoax, not a big deal, a Democratic political ploy or magically already solved, was the most extreme example of Trump’s failure to govern and contributed to tens of thousands of deaths.

Currently, with the pandemic raging throughout the country and over a thousand Americans dying almost every day from the virus, Donald Trump is no longer even pretending to care about Covid-19.

President-elect Biden, for his part, appointed a task force on the pandemic as almost his first act after winning the election. Biden has also indicated that combating Covid-19 will be a top priority in the early days of his presidency. Given the extent of the crisis, and that it is likely to get worse between now and Biden’s inauguration, this is a good decision.

It is also a politically necessary decision. Although it was Donald Trump’s mishandling of the pandemic, a mishandling that amounts to a crime against humanity, that has put America in such a terrible place regarding the pandemic, on January 20th, Coronavirus will become Biden’s problem.

Republicans, who have collectively done almost nothing to address the problem of Covid-19 since the crisis began will suddenly become very concerned about this and implicitly begin to blame Biden for the hundreds of thousands of American lives lost to the pandemic. Unfortunately, this is more or less how politics works in the US, but there is something more to the challenge Biden will confront than that.

Since the pandemic started, the partisan divide about how to respond to it has been stark. Democrats have advocated for masks, business and school closures and a bevy or other policies that have caused inconvenience and loss of income for millions and have generally disrupted American life-or in the case of masks, been harmless, but nonetheless controversial.

Most of these policies have been necessary in the efforts to limit the spread of the pandemic, but they have not been easy. Opposition to these policies have become part of the Republican platform, albeit in an appallingly foolish and dangerous way. This will put President Biden in a vulnerable position as Americans upset about shutdowns and other responses to the pandemic will blame the new president.

For many Americans, Donald Trump’s reality where Covid-19 was not a big deal and would “sort of just disappear,” was an attractive place to live, but it was a fantasy.

Joe Biden will not allow Americans to live in that fantasy, but his Coronavirus policies, particularly as we move into what is likely to be a very bad few months for the disease, could lead to Biden, and his party, being blamed by many Americans both for the shutdown and for the disease itself. This could mean that Biden’s presidential honeymoon could end very quickly. That may not seem fair, but politics is anything but fair.

The way out for Biden, and indeed for the country, is the vaccine. With each week we are getting positive reports suggesting that we may have a strong vaccine soon. If that happens, responsibility for delivering the vaccine as broadly and as quickly as possible will lie with the new administration. This is a task around which Biden can build support and is well positioned to succeed.

Manufacturing, storing and delivering the vaccine is a complex task that requires the government to maximize the speed and efficiency of the science itself, manage supply lines, create strong distribution networks, implement a public education program and work with state and local governments.

This is the type of nuts-and-bolts governance issue that Donald Trump eschewed throughout his term in office. This is also is an area where Biden’s nearly half century in Washington, strong understanding of governance and experienced team will be a tremendous asset both to the new president and to the whole country.

Donald Trump’s lack of interest in addressing the Covid-19 pandemic has been devastating for America, but at noon on January 20th of next years, it will no longer be his problem.

It will be Joe Biden’s and, reasonably or not, he will be held responsible for both the loss of life due to the disease and the problems associated with efforts to limit its spread. How Biden handles that problem, including how quickly and effectively the vaccine gets delivered, will define Biden’s presidency and the US in the coming years.