Covid-19 is Big Pharma’s chance to impress. But who’ll do best? 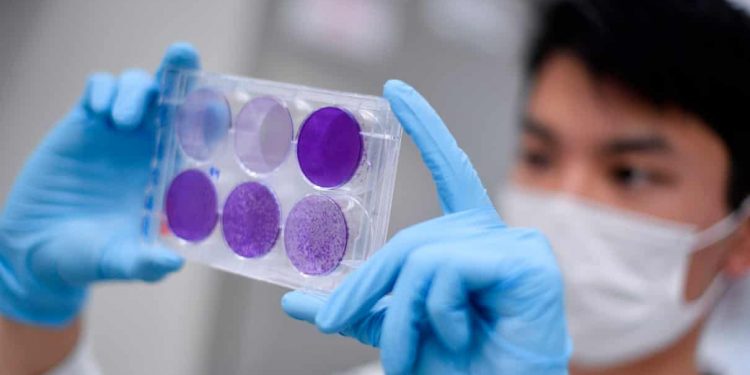 It was the press announcement heard around the world: a potential Covid-19 vaccine from the University of Oxford and pharmaceutical company AstraZeneca had not only been “tolerated” by patients, but “generated robust immune responses against the Sars-CoV-2 virus in all evaluated participants”. The project will now proceed to all-important phase 3 trials in Brazil and South Africa to test if it actually stops infection.

For a global population that has seen its movement curtailed and its health threatened, it was a welcome dose of good news. It is also a large feather in the cap for AstraZeneca, whose boss, Pascal Soriot, will unveil financial results for the first half of 2020 on Thursday.

However, AstraZeneca’s share price actually fell in the week following the announcement (after initially surging). While billions of pounds of government funding mean it won’t lose out, AstraZeneca has pledged not to profit from any vaccine. Similar pledges, and the deep uncertainties around all drug development, have raised the question of which pharma companies will come out ahead on the other side of the pandemic.

AstraZeneca’s first-quarter numbers were solid thanks to government stockpiling of medicines. Investors will be looking at whether that benefit is starting to diminish or even go into reverse. But perhaps more important will be news of the sales of AZ’s blockbuster oncology drugs, which are finally paying off years after Soriot launched an investment push, as well as its continued determination to pay a dividend at a time when other sectors are on the retreat.

AstraZeneca’s rival GlaxoSmithKline is usually a leader in vaccines, but it has found itself playing catch-up as it too prepares half-year results this week. Last Monday it paid £130m for a 10% stake in CureVac, a German biotech company working on a coronavirus vaccine – but, crucially, the collaboration announced as part of the deal will not see GSK work with CureVac on Sars-CoV-2 vaccines.

GSK is also working with French competitor Sanofi on a Covid-19 vaccine in a deal described by GSK boss Emma Walmsley as “unprecedented”. Investor interest in the moves of vaccine makers is reaching levels rarely seen, a phenomenon also visible in the share prices of the manufacturers of potential treatments for Covid-19; witness the rocketing share price of British biotech company Synairgen after what appear to be promising trials of an immunosuppressant drug.

That scramble is also evident in the unseemly haste of rich-world governments to elbow out possible competitors for vaccine doses. The Trump administration has committed to buy £2bn worth of doses from another German biotech, BioNTech, and the US pharma giant Pfizer. The UK is seeking to secure a supply of as many as 12 different vaccines to hedge its bets.

The huge interest in drug companies’ efforts means the pandemic does offer the pharmaceutical industry as a whole a golden opportunity: a chance to show that it can heal its customers rather than just emptying their wallets (or contributing to their premature deaths, in the case of the opioid epidemic in the US).

But until we have a set of firm results, it will be as hard to predict the financial winners of the pandemic as it is the behaviour of the human body. As analysts at UBS noted: “Unfortunately, the human immune system is not simple – if it was we wouldn’t have made it very far.”