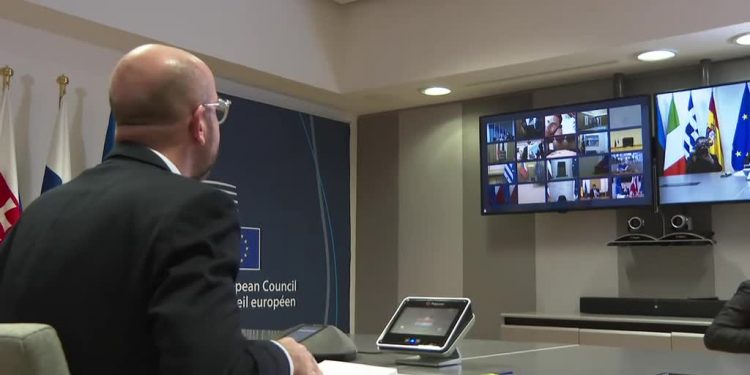 Brussels (Brussels Morning) President Charles Michel has called an informal EU leaders’ video conference on Thursday to focus on COVID-19. EU heads of state or government will discuss the need to strengthen the collective effort to fight the pandemic. Already, two weeks ago, EU leaders assessed the epidemiological situation, in many ways unprecedented and a cause of serious concern.

At that stage, EU governments were in favour of an overall EU coordination on COVID-19, including restriction of free movement. Now, EU leaders will decide on how to continue the quarantine regulations, on contract tracing across EU borders and on testing. Testing methods should be coordinated between EU countries to again allow tourism from countries outside the EU. Regarding a potential vaccine against corona, EU leaders want cooperation on global level for the fair distribution of an affordable product.

On Friday, the EU’s health ministers will probe the EU’s role in strengthening the WHO. Afterwards, the German EU presidency will inform ministers on the approach to the restrictions of free movement between countries.

Economics and finance next week

EU countries’ economics and finance ministers hold a video conference next week to discuss proposals for financial services legislation. Also on the agenda are measures to prevent money laundering and terrorism financing, as well as the assessment of the EU countries’ public finances within the European Semester. The Chair of the European Fiscal Board will present the EFB’s 2020 annual report on the EU’s fiscal policy. Ministers will be debriefed on discussions that took place at the G20 Finance Ministers meeting last week and at Central Bank Governors and the IMF/World Bank annual meetings earlier in October.

Next week Tuesday, the Eurozone’s finance ministers will convene separately to decide how to get the euro area’s closely intertwined economies to recover.