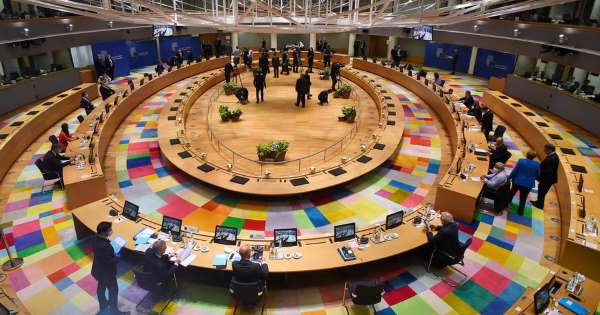 The Brussels political week is marked by the Special European Council on Thursday and Friday. EU leaders will convene in Brussels to discuss Brexit, how to boost the single market, which still is not fully functioning due to the crisis, as well as the prospects for a swift digital transformation of the EU’s economy.

Migration will certainly be discussed, given Council President Charles Michel’s recent visits to Greece, Cyprus and Malta in preparation for the discussions.

The European Council will hold a strategic discussion on Turkey. During the EU leaders’ videoconference in August, the situation in the Eastern Mediterranean and relations with Turkey were raised by some member states. The leaders expressed concern about the growing tensions and stressed the urgent need to de-escalate. Members of the European Council expressed full solidarity with Greece and Cyprus but are eager to return to the issue.

Following the meeting with President Xi on 14 September 2020 by videoconference, the European Council will discuss EU-China relations.

Today Monday, the EU’s foreign affairs ministers will be informed about current affairs, and exchange views on Libya, Belarus, and relations between the EU and the African Union.

The EU’s farming ministers will meet Monday and Tuesday to discuss the reform of the Common Agriculture Policy (CAP) and how to make farming environmentally friendlier. Also, trade-related agricultural issues, based on a presentation by the European Commission, are on the agenda.