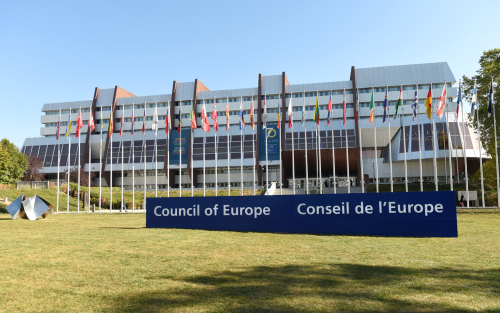 Brussels (Brussels Morning) The Council of Europe (CoE) has criticised Greece’s bill to regulate the return and deportation of migrants as well as organisations that help them.

CoE Commissioner for Human Rights Dunja Mijatović condemned the move, while NGOs criticised Greece for its strict approach to border control, according to RFI reporting on Monday.

Epaminondas Farmakis, Human Rights 360 NGO co-founder, expressed his belief that “one year after the catastrophic fire in Mória camp and its consequences, Greece continues standing firmly against refugees and their rights.”

However, Greek authorities say overcrowding in migrant camps has been brought under control and the situation is no longer critical.

Critics agree, but warn that authorities achieved this through the pushback of new refugees, which the Greek government denies.

As the EU is divided on how to approach a new wave of migration following the Taliban’s retaking of Afghanistan, Greece announced it will “never again be the gateway to Europe.”

During the 2015 migrant crisis, the Mória migrant camp on the island of Lesbos built for 3,000 people was overwhelmed by migrants arriving from Turkey.

With roughly 20,000 people there, Mória saw an increase of violence and illegal activity. In September last year, fires broke out in the camp, with witnesses noting that tensions increased when some 200 migrants refused to quarantine.

Greek authorities sentenced six Afghan migrants to between five and ten years for arson last year, with the six insisting they were falsely accused.

One member of the group expressed belief that they were accused because they were Hazaras, members of a minority ethnic group in Afghanistan, while the only witness is a Pashtun, member of the dominant group in the country.

Mireille Girard, UN High Commissioner for Refugees (UNHCR) representative in Greece, noted that the new temporary camp on Lesbos presents an improvement, but warned that it “is not a lasting solution.”