Could the Green Deal be as divisive as migration in Central Europe?

by Vít Havelka
in Opinion 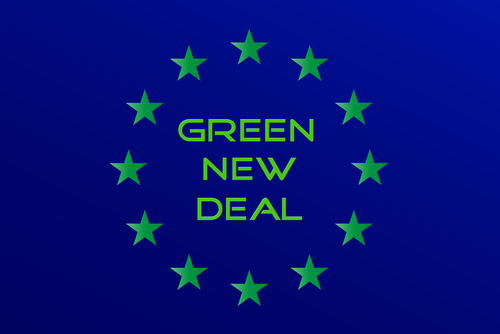 As part of our cooperation with the Prague European Summit, Vit Havelka offers an insight on Czech public attitudes towards the European Green Deal.

Prague (Brussels Morning) Brussels is spearheading a Green New Deal, but there is a growing fear that the environmental policy will create yet another rift between the West and Central Europe, of the kind experienced with migration policy.

Looking at the example of the Czech Republic, however, such fissures are not necessary.  Czech public opinion is strongly supportive of environmental sustainability. Like elsewhere, public confidence needs to be won rather than taken for granted. That is a point to be raised at this years’ Prague European Summit between 12-14 July.

The EU is rapidly moving towards climate neutrality by 2050, placing decarbonisation, digitalisation and sustainability at the heart of a new economic model. EU member states have struck a deal on greenhouse emission targets and are supportive of the green transition and its accompanying long-term budget that integrates bold investment plans into a massive post-Covid recovery fund.

The recent disagreement over the 2050 climate neutrality target, however, raised fears that the EU might encounter resistance from its Eastern wing, similar to what Europe experienced during the 2015/16 Schengen refugee crisis.

As recent opinion polls conducted by STEM institute in cooperation with EUROPEUM Institute for European Policy showed no great public opinion cleavage between Czechs and Western Europeans. When it comes to attitudes towards environmental protection, they are on the same page. It should be recalled that an environmentally informed political agenda has deep historical roots in the Czech Republic: public outrage with appalling pollution levels was actually one of the driving forces behind the Velvet Revolution in 1989.

This, however, does not mean that the society would enthusiastically dive into a green transformation of its economy. Once asked about concrete measures, Czechs are still in the process of contemplating whether decarbonisation is worth the effort. This conviction has its roots both in history and in a general scepticism about the bearing of European or Czech influence on global emissions and climate change.

Czechs are sceptical not of the objective of decarbonising the economy by 2050, but of the European plan to get there. Furthermore, even if that objective were to be achieved, they are sceptical that it would matter in a planetary context. The fear is that greening policies could hold back European competitiveness and catalyse yet another transfer of European jobs to more loosely regulated parts of the world. In sum, this could be a path of senseless sacrifice.

Over and beyond relative skepticism, one should not underestimate the effect of the term “transition” in Czech collective memory. Since 1989, the majority of Czechs substantially profited from the transition to a market economy. But the benefits have not been equally distributed. The experience of hardship in the 1990s is still ingrained in the social fabric and collective memory. 30 years following the first post-communist transition, the Czechs are invited to undergo another fundamental transformation, just as the previous one begins to bear fruit. Why change a business model that works one might ask?

The big question is whether people are willing to pay for the transition. Grand goals and visions of a bright future are always more appealing than actual measures taken. Our sociological research shows that there is a strong difference between principal support to greening and the actual willingness to invest in renewables or electric vehicles.

No opinion on Green Deal

Although climate change and decarbonisation is omnipresent in the Czech media, the European Green Deal completely fails to attract any attention. In a survey conducted in May 2020, only a small fraction of Czech public opinion was familiar with the policy or its substance (2%). The policy substance is discussed, but mostly in the context of a domestic national debate on how the Czech Republic will reach climate neutrality. The EU is perceived as an agent promoting decarbonisation, less as an actor shaping the actual policies.

This is both ood and bad news. The public discourse is open rather than consolidated in polarised factions. Green politics do not stir emotions the way migration does. Furthermore, there is strong in-principle support for decarbonisation and environmental protection, laying the foundations for the endorsement of EU policies. There is a strong chance that Czechs will completely internalise the 2050 climate goals and will move in the broadly accepted EU direction with very low resistance.

That being said, many things can go wrong. Decarbonisation goes hand in hand with other grand trends such as digitalisation, automatisation and artificial intelligence. It is very likely that all these trends will eventually melt in public perception into one ‘batch of novelties.’ The fear is that Czechs won’t be able to differentiate between these disruptive forces. For instance, the 4.0 version of industrial modernisation could come hand-in-hand with mass layoffs and unemployment, turning Czech public opinion against decarbonisation efforts.

It is necessary to understand the cumulative effect of all these complementary trends and not to underestimate their impact on EU societies. A potential economic downturn or a wave of mass unemployment triggered by an automation and digitalisation drive might easily be mistaken for the unintended consequence of decarbonisation. Czech politicians already test waters, but public articulation of scepticism is not consolidated in clear trends. How the Czech debate about climate neutrality will evolve is an open question. For the moment, there are reasons to be optimistic.