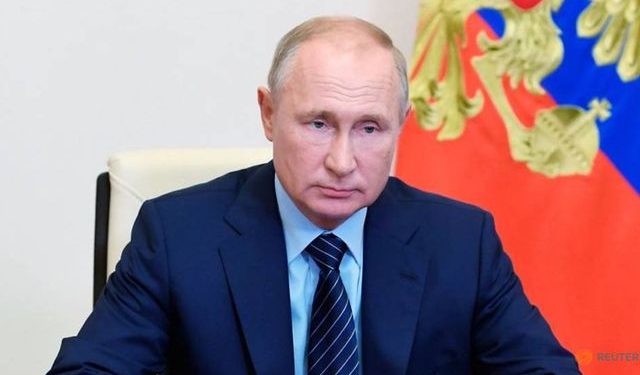 RUSSIA has announced the approval of a coronavirus vaccine, in what would be a major breakthrough in halting the COVID-19 pandemic.

Russia today announced it had approved the vaccine, with leader Vladimir Putin revealing his own daughter had now been vaccinated. He said mass production of the vaccine will start soon. Moscow named its first approved COVID-19 vaccine ‘Sputnik V’ for foreign markets, a reference to the world’s first satellite.

Russia’s health ministry confirmed regulatory approval had been given after less than two months of human testing by Moscow’s Gamaleya Institute.

Speaking at a government meeting on state television, Mr Putin said the vaccine, developed by Moscow’s Gamaleya Institute, was safe and that it had even been administered to one of his daughters.

The Russian President hailed the vaccine, called Sputnik V, and said it “works rather effectively”.

He said: “As far as I know, this morning for the first time in the world a vaccine against the novel coronavirus infection was registered.

“I know that it works rather effectively, forms a stable immunity, and, I repeat, it passed all the necessary inspections.”

The Russian President said he hoped the country would soon start mass producing the vaccine.

The move paves the way for mass inoculation even as the final stages of clinical trials to test safety and efficacy continue.

The speed at which Russia is moving to roll out its vaccine highlights its determination to win the global race for an effective product.

But it has also stirred concerns Russia may be putting national prestige before science and safety.

Its approval by the health ministry foreshadows the start of a larger trial involving thousands of participants, commonly known as a Phase III trial.

Such trials, which require a certain rate of participants catching the virus to observe the vaccine’s effect, are normally considered essential precursors for a vaccine to receive regulatory approval.

Regulators around the world have insisted that the rush to develop COVID-19 vaccines will not compromise safety. But recent surveys show growing public distrust in governments’ efforts to rapidly produce such a vaccine.

He told Bloomberg: “Why are all corporations following the rules, but Russian ones aren’t?

“The rules for conducting clinical trials are written in blood. They can’t be violated.

“This is a Pandora’s Box and we don’t know what will happen to people injected with an unproven vaccine.”

Russian health workers treating COVID-19 patients will be offered the chance of volunteering to be vaccinated soon after the vaccine’s approval, a source said previously.

It comes after Russia reported 4,945 new coronavirus cases and 130 deaths in the past 24 hours, with the official death toll rising to 15,131

This pushed its national case tally to 897,599, the fourth largest in the world.

More than 100 possible vaccines are being developed around the world to try to stop the COVID-19 pandemic.

At least four are in final Phase III human trials, according to World Health Organisation (WHO) data, including three developed in China and another in Britain.