by BrusselsMorning
in Europe, Member States 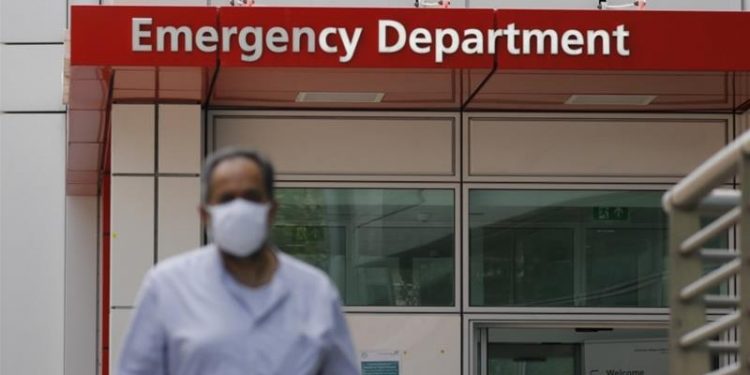 A steep rise in Covid-19 cases in the UK has prompted a new local lockdown and national restrictions including a ban of social gatherings of more than six people, effective Monday 14 September.

The rules, which do not apply to schools, workplaces or events such as weddings and funerals that are also subject to strict guidelines, are enforceable through a £100-£3,200 fine, signifying a change in current guidance, which has seen restrictions gradually eased, including through a government-funded “Eat Out” campaign.

New lockdown measures have also been implemented in Bolton, Greater Manchester in the north of England where people won’t be able to socialise outside their own household.

“One of the pieces of feedback we had including from the police was that we needed the rules to be super simple so that everybody knows what they are,” said Health Secretary Matt Hancock.

“And now this will now be rigorously enforced by the police.”

Existing rules have stipulated up to two households of any size can meet indoors or outdoors, and up to six people from six different households can meet outdoors.

Scotland, Wales and Northern Ireland will issue their own protocols, although they have set similar rules to England previously.

Since Sunday there have been 8,396 new documented cases when 2,988 were reported in the highest daily increase since 23 May. According to health officials, most cases have emerged among young people, however, some fear this may result in older and more vulnerable members of the population getting infected without proper care.

A vaccine to the virus is being explored at Oxford University, although trials are on hold after a participant fell ill.

More details on the amended rules is expected Wednesday and a new public information campaign is expected to invigorate basic standards to preventing the virus, including a reminder to wash hands, keep social distance and to wear a mask.