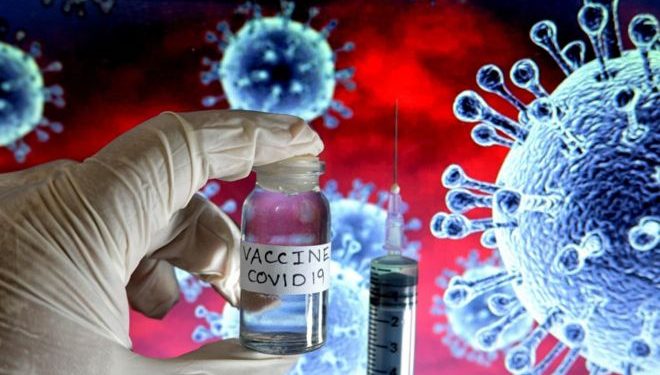 In the week that Oxford University announced promising results from its coronavirus vaccine trial, we’re looking at claims on social media about vaccines and misleading statements about their safety.

The anti-vaccination movement has gained traction online in recent years, and campaigners opposed to vaccination have moved their focus to making claims relating to the coronavirus.

Claim about the impact on DNA

First, a video containing inaccurate claims about coronavirus vaccine trials, made by osteopath Carrie Madej, that has proved popular on social media.

“The Covid-19 vaccines are designed to make us into genetically modified organisms.”

She also claims – without any evidence – that vaccines will “hook us all up to an artificial intelligence interface”.

There are 25 different candidate vaccines in clinical trials around the world according to the World Health Organization (WHO), but none of them will alter human DNA and they do not contain technology to link people up to an artificial intelligence interface.

The vaccines are all designed to provoke an immune response by training our bodies to recognise and fight the virus.

Carrie Madej makes a number of other false claims, including that vaccine trials are “not following any sound scientific protocol to make sure this is safe”.

We have asked Carrie Madej for comment about these claims, but have received no response at the time of publication.

Where has the video been shared?

It’s still circulating in the United States, the UK and elsewhere.

A scientist in South Africa, Sarah Downs, who writes under the alias Mistress of Science, said she was alerted to the video by her mother whose prayer group had shared it.

The scientist sent her own debunking information to this group and says: “They are now much better informed, which I’m so glad about, because they were all taken in by that video.”

Claims about the pace of vaccine trials

When the preliminary results of the Oxford coronavirus vaccine study were published on Monday, the topic provoked much debate in coronavirus-focused Facebook groups.

Some Facebook users posted comments saying they didn’t want the vaccine as they felt they would be used as “guinea pigs” and that it had been “rushed into production at warp speed”.