Coronavirus: China has been giving potential vaccine to key workers since July 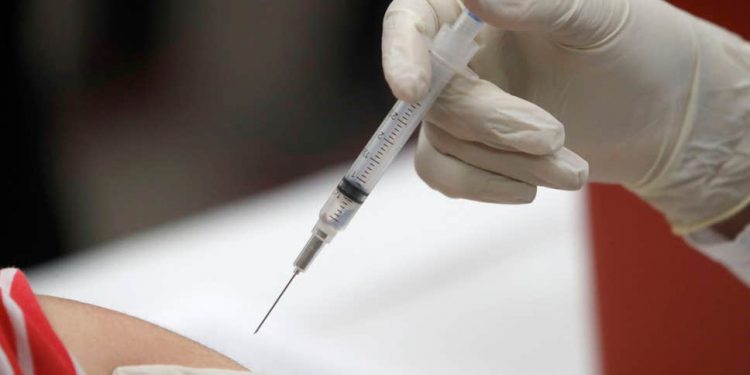 The Chinese government has been administering a coronavirus vaccine candidate to selected groups of key workers since July, a senior health official has said.

Zheng Zhongwei, the head of the National Health Commission’s science and technology centre, told state media organisation CCTV on Sunday the government had authorised “emergency use” of a Sars-Cov-2 vaccine for workers including health workers and border officials.

The country has gone seven days without reporting a locally transmitted case, and border workers are considered to be in a high-risk category, said Zheng, who leads the vaccination development taskforce.

It appears to be the first confirmation of vaccine use by China outside clinical trials.

There were no details on which particular vaccine candidate was used or how many people received it, but Zheng said it had been administered in line with the law, under powers that allow limited use of the unapproved vaccines during serious public health events.

“We’ve drawn up a series of plan packages, including medical consent forms, side-effect monitoring plans, rescuing plans, compensation plans, to make sure the emergency use is well regulated and monitored,” Zheng said, adding that they planned to “scale up” the testing to other groups before autumn and winter.

As progress towards a vaccine continues, China appears to have ramped up its vaccine diplomacy efforts, offering prioritised access to countries where it is competing for influence amid souring relationships with other nations like the US, UK and Australia.

In June China’s president, Xi Jinping, told an African nations summit they would be among the first to benefit from a Chinese-developed vaccine, while China’s foreign ministry has reportedly promised the Philippines early access. Leading vaccine developers have made arrangements with Pakistan, Indonesia and Brazil. In July China also announced a $1bn (£760m) loan to Latin American countries for vaccine access.

The World Health Organization is tracking more than 170 vaccine candidates around the world, and China is producing several of those in phase three testing, when the vaccine is given to thousands of people to confirm its safety and effectiveness.

In June the Chinese government called for volunteers among employees of state-owned companies who travel overseas frequently, to test two vaccines.

State-owned China National Biotec Group (CNBG) has since been approved to start human testing of its vaccine in the United Arab Emirates, Bahrain, Peru, Morocco and Argentina, and the company said about 20,000 people were taking part in the overseas trials. SinoVac and CanSino Biologics are also conducting overseas trials in Russia, Indonesia, and Brazil.

Last week a planeload of Chinese mine workers was refused entry to Papua New Guinea, over government concerns about an apparent vaccination trial.

The mine owner, Ramu NiCo, run by Chinese state owned Matallurgical Corporation of China, had reportedly issued an official statement to PNG stating that 48 of its staff had been given a Sars-Cov-2 vaccine in early August. However, they were refused entry to the country over a “lack of information of what these trials are and what possible risks of threats” they may pose to the people of PNG, the PNG pandemic controller, David Manning, said.

In his interview, Zheng also addressed CNBG’s parent company Sinopharm’s announcement that its two-dose vaccine would cost about $145 – far more than any other vaccine price announced so far.

“I can tell you that the price will definitely be lower than what [Sinopharm] chairman Liu said.”