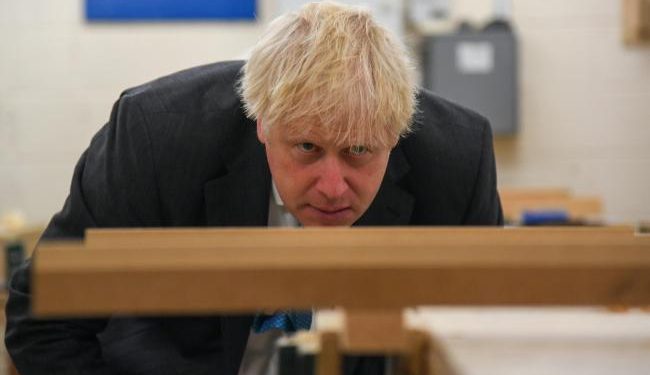 Amid rising coronavirus cases, large parts of the country have gone into lockdown, and restrictions on meeting in groups have been imposed nationally.

The new measures have upset a small group of Tory ministers who have threatened to argue for measures that will mean the Prime Minister cannot impose new restrictions without receiving parliamentary approval.

A proposed vote Wednesday could be devastatingly embarrassing for the government if it results in affirmative lawmakers’ support as a reflection of the leader’s ability to guide the nation through one of the most challenging times of recent history.

One of those currently opposing recent decisions is MP Steve Baker, who said talks had been held with officials Monday and that they are expecting to come to terms before the vote.

The conservative rebels reportedly estimate they have around 80 fellow Tories prepared to vote against the government, double the number they need to defeat Johnson.

Another ‘rebel’, Mark Harper MP, has said that many penalties and prescribed offences that have emerged in recent days hadn’t been mentioned before, accusing Health Secretary Matt Hancock of ruling by “decree”.

Hancock said the government was looking at more inclusive ways for the House to weigh in on the process. “I hope to provide the House with further details soon”, he said.

The government has indicated that current restrictions could be in place for another six months while a close eye on the infection rate is needed until a vaccine is available, which could, by some estimates, take until the end of 2021.

As of Tuesday, the number of confirmed cases had reached 7,143, the highest figure since the onset of the pandemic. There were also 71 deaths recorded, the highest toll since July.