Coronavirus cases pick up in the UK, lockdown abounds 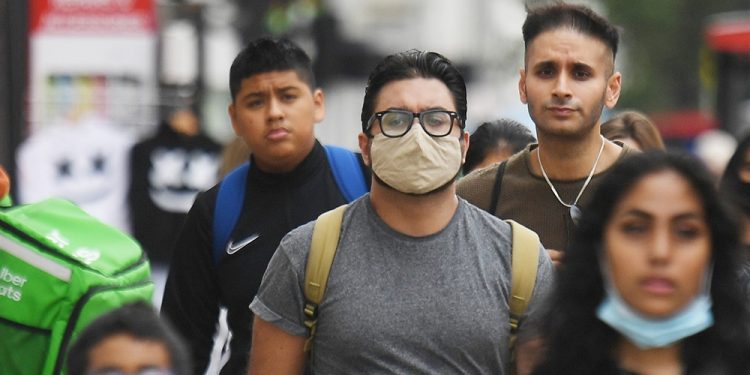 Ministers are considering plans for a social lockdown in many parts of the UK to avoid a ‘second wave’ if coronavirus cases continue to rise, according to the Times of London.

As of Sunday, there were a total of 434,969 confirmed cases, while the daily tally of new cases was 5,693, a fall for the second day running from previous increasing rates. The recorded number of COVID-19 infections were still far above the prior Sunday’s figures of 3,899.

The recent surge has driven ministers to consider an emergency plan to shut pubs, restaurants and bars and prevent households from meeting indoors.

Schools and other places of business would remain open if staff could not work from home.

A social lockdown was one of the options heard at a cabinet meeting on Covid-19 strategy before the new restrictions came into force last week.

Additional local lockdowns also came into effect around the country, while social gatherings are still restricted to six people from two households, and pubs and restaurants must shut at 10.00 pm

The report comes as new fines have been introduced for breaking self-isolation orders for people confirmed to have been infected with the virus.

The £10,000 (around €11,000) fines could be given by police who will check compliance in areas with the most number of cases, based on “local intelligence”.

The new rules around isolation came into force after a study revealed only 18 percent of people with symptoms went into isolation.

Needing to go to the shops or pharmacy and judging their symptoms had improved were the most common reasons cited for not isolating.

Meanwhile, the government has promised uninterrupted supplies of personal protective equipment (PPE) for frontline workers as the winter months approach, the Department of Health, saying that there will be a four-month stockpile of PPE from November.