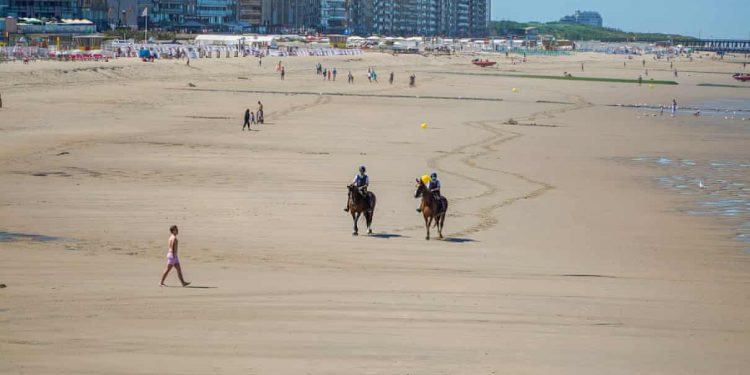 Belgium’s government has ruled out cancelling trains to the seaside after a weekend beach brawl prompted local mayors to call for limits on visitors to the coast.

Local politicians across Belgium’s 40-mile (65km) strip of coastline called for action after police confronted dozens of young people, who had been disturbing other holidaymakers, at a beach in Blankenberge on Saturday. Some of the young people threw sand in people’s faces and used parasols as projectiles against police. Three people from Brussels appeared before a judge on Monday charged with assault and battery.

Belgium’s federal minister for mobility, François Bellot, however, has rejected calls from mayors to restrict the number of trains or passengers going to the coast.

He said neither he nor the national rail company, SNCB/NMBS, had the power to cancel services without valid reasons. “Stopping the trains goes against the advice of the group of corona experts and scientists who have called on us for a maximal offer [of train services] to reduce the risks and allow social distancing,” he told the national Francophone broadcaster RTBF.

Several local authorities, concerned about the influx of tourists, have taken their own steps. The upmarket resort of Knokke-Heist has banned daytrippers for the duration of the ongoing heatwave, while Blankenberge introduced a one-day ban on Sunday, following the brawl.

Ostend’s mayor, Bart Tommelein, said 15,000 people had arrived in the city on Saturday, with trains running at or beyond capacity. “It’s unmanageable,” he told local media.

Local authorities say they are monitoring stations and beaches and will not hesitate to call the police if needed. Since last month, it has been compulsory to wear masks on the seafront, although not on the beach.

Experts warned limits on daytrippers would hit those on low incomes hardest, without the means to stay in hotels or second homes. The beach bans were “a double, even triple penalty” for working-class families, said Jean-Michel Decroly, professor in geography and tourism at the Free University of Brussels. Families on modest incomes have been most affected by the lockdown, are now suffering the heatwave and are wearying of coronavirus restrictions, he told Le Soir.

Coronavirus cases have been rising across Belgium, but at a slower rate than last month. The latest weekly data shows an 11% increase in cases, compared to a 58% jump in mid-July. In the week until 7 August there were an average of 588 new cases a day, with average daily deaths in low single figures.