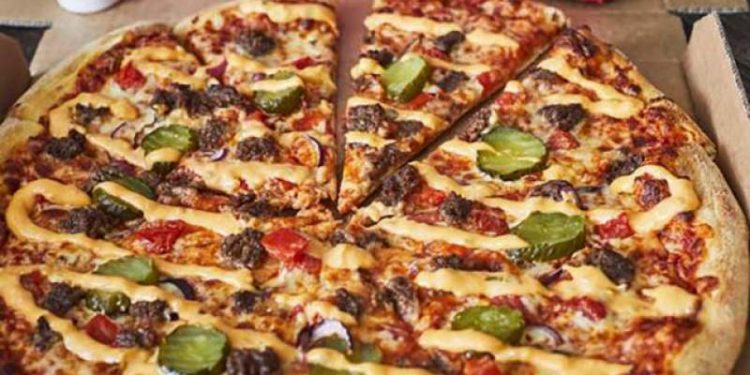 Domino’s Pizza, Britain’s biggest pizza delivery chain, suffered a drop in orders during the coronavirus pandemic, as it stopped customers collecting orders and dropped popular choices such as the Cheeseburger pizza, stuffed crust and chicken wings from its menus as part of safety measures.

While more people ordered in pizza, sides and desserts during the Covid-19 lockdown, the company took a hit as it scrapped collection, rationalised its menu to make cooking safer, and incurred extra costs by implementing contact-free deliveries.

Delivery orders increased by 12% in the first six months of the year but collection orders dropped 44%, resulting in total orders declining 5%. The company’s underlying profit before tax fell 4.6% to £47.6m, despite sales rising 5.5% to £628.9m.

Pizza customisation, stuffed crust and other items that were difficult to prepare with strict physical distancing rules in place were all removed from Domino’s menus. Customers ordered a higher proportion of sides and desserts which generated additional sales, but dented the group’s profit margins.

Domino’s also spent £3.4m on face masks and “contact free delivery boxes”. It designed a new platform box that pizzas and other food are placed on and left on customers’ doorsteps, for a hygienic delivery.

Since the lockdown was eased, stuffed crust, the cheeseburger pizza and chicken wings have made it back onto Domino’s menus.

Domino’s new chief executive Dominic Paul, the former boss of Costa Coffee who took up the role in May, was cautious about the future: “While trading in the first few weeks of the second half has been encouraging, it is too early to conclude on how consumer behaviour will evolve.”

Domino’s, which operates under licence from its US parent, has 1,192 stores across the UK and Ireland. Most of them are run by franchisees, apart from 36 outlets in London that are directly owned by the company. The capital has been more affected by the pandemic than the rest of the country, with a significant reduction in footfall and greater bias towards collection orders.

The company has been embroiled in a profit-sharing row with its UK franchisees for several years. A small number of Domino’s stores offer dine-in, but they have not reopened yet.

Domino’s said it would pay the deferred 2019 dividend, worth £26m, in September, and would review its 2020 dividend next March.