Controversy on the rise over EU migration deal 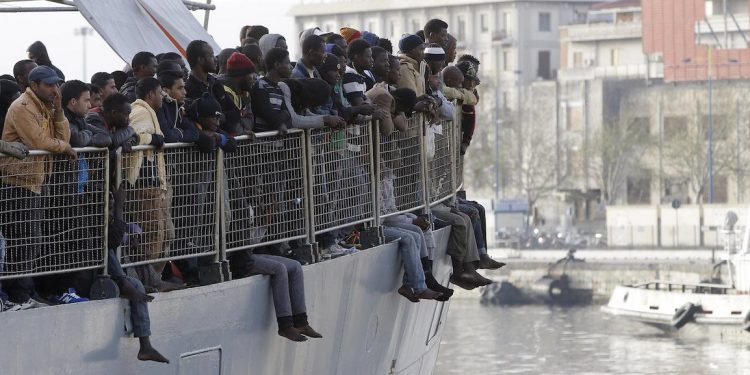 With a new border screening system requiring a cursory decision within five days on whether migrants are likely to be accepted or not, and a 12-week process for deciding on relocation and support in case of return; the EU’s new migration pact commits members states to speeding up the handling of new entrants, yet it still does not address all the existing problems.

Nonetheless, EU Commissioner for Home Affairs Ylva Johansson assures it will be a more effective system:

“Five days will be enough for screening and EURODAC registration”, she said in Brussels Wednesday. That screening would include registering fingerprints plus conducting a health check and security assessment of all entering asylum seekers. If a connection can be established with an EU country other than that of arrival, the migrant would be referred there.

Prior linkage could be established on the basis of an individual having previously studied or resided residence in an EU member country. That being the case, the country in question would be responsible for handling the asylum application. In this way, the new EU deal would bypass the Dublin agreement. Moreover, now it would allow family members reunite with siblings. Family groups and children would likely be exempted from the five-day timeframe for an initial decision. Applicants whose asylum claims require further examination would be liable to being returned after 12 weeks. How these timeframes are to be applied was something the Commission has not as yet determined. Nor has it explained just how entrants could be turned around so quickly.

The EU’s border agency Frontex would be responsible for arranging return flights under the new agreement, which, Commissioner Johansson said, aims to produce a regularized arrival system via legal entry-ways and cut back on the pattern of irregular arrivals. Germany and Greece have agreed to a new EU task force on migration which is to be set up in Brussels. The refugee camp on the Greek island of Lesbos is to be reconfigured as a relocation centre and will be managed by the Brussels task force.

Arrivals in the union, not the country

From now on, arriving migrants will be considered as having arrived in the EU rather than the country of entry. An agreed solidarity mechanism is intended to ensure the distribution of these arrivals across EU member states. However, this provision amounts to a moot point, since, even if mandatory, the proposed system depends on the willingness of member states to receive migrants in the first place before determining whether to relocate or sponsor the migrants’ return and reintegration in their countries  of origin. The Commission has undertaken to relieve receiving countries overwhelmed by an influx of entrants by designating a receiving country within the Schengen area to which they can move.

German Chancellor Angela Merkel has pressed for greater solidarity in the EU’s approach to migration, but other member states, Reuters reports, fail to share her views.

No obligation to receive, but to support return

An unnamed EU official notes that Merkel wants an EU-wide deal in hopes of making it part of her political legacy, given that she will not be seeking re-election as in 2021. However, the same source points out that resistance to mandatory quotas for the in-take of migrants and refugees remains strong among certain member states, which suggest that Merkel’s hopes will not be realized.

Poland’s Permanent Representative to the EU Andrzej Sadoś told Euractiv on Monday that his country cannot bow to a concept that solidarity is somehow based on the obligatory. Other EU member states opposing Merkel’s approach include Austria, the Czech Republic, Hungary and Slovenia.  Some warn that mandatory quotas would force countries to take in people who could undermine social cohesion and burden state services or present security risks.

According to a plan circulated this week, the Commission would distribute money from the EU budget to countries calculated on the basis of the number of relocations or sponsored returns. Payments would range from €10,000 per adult to €12,000 per unaccompanied minor taken in. However, the Commission today denied that there would be mandatory quotas for EU countries to receive refugees.

The new EU plan was generated immediate criticism for not the addressing the existing bottlenecks that bedevil asylum handling.

“The danger of the new Migration Pact is not just that it repackages the shameful status quo”, Tineke Strik declared, speaking for the Greens in the European Parliament.  “Instead of moving on from the failures of the Dublin System, this proposal reinforces it’s key rules, by not abolishing the first entry criteria and increasing the amount of time a member state will be made responsible for an asylum seeker to up to three years.”