Continuity and Change in Recent Elections 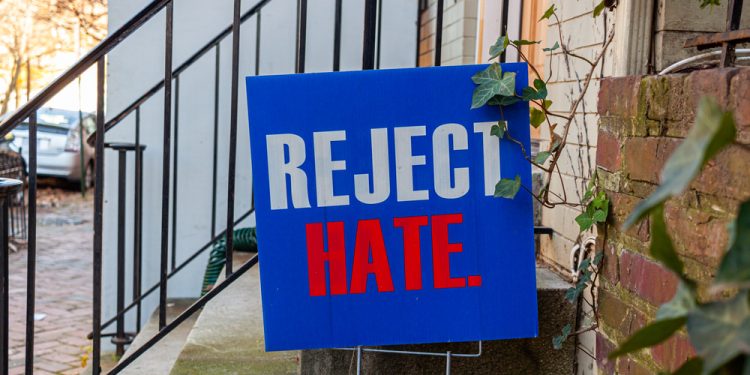 A blue yard sign that says Reject Hate is placed on the front yard of an old building ahead of US elections to ease political tension and social unrest which has peaked in the recent months.

New York (Brussels Morning) Now that a few months have passed since the 2020 election, it is possible to more fruitfully look at some of the voting trends that emerged and what that might mean.

The first macro-point that framed the election is that while the American people were relatively decisive in having seen enough of Donald Trump as President, the victory for the Democratic Party was somewhat limited. Biden won by a clear margin, but the Democrats lost seats in the House of Representatives and now have a very slim majority in that body.

They did not make big gains in the senate either and depending, on what happens in Georgia in early January, will either remain in the minority in the upper chamber or have the slimmest possible majority. Moreover, the Democrats, did not pick up any majorities state legislatures.

The second macro-point is that the first point is not so simple. The view that while Americans mobilized to vote for Biden, the Democratic message more broadly did not break through has been reflected in much of the early punditry about the election.

This analysis suggests there was massive ticket splitting or falloff from the presidential race among Democrats as Biden substantially outpolled the rest of the Democratic ticket in most places. However, the data tells a different story. According to the exit polls, only four percent of voters split their ticket by voting for a different party for the House of Representative as for president. Moreover, that number was the same for both Biden and Trump voters.

At the senate level, the story is even simpler as every state voted for the same party for senate and the White House except for Maine where Republican Susan Collins was reelected despite the state going for Biden.

Another piece of evidence suggesting that there was no dramatic falloff from Biden to the rest of the ticket lies in the national vote totals. Biden beat Trump by about seven million votes, a difference of roughly 4.1%. However, in House races the Democrats only outpolled the Republicans by about three percent overall.

Nonetheless, the data here shows both that Democratic congressional candidates performed slightly worse than Joe Biden, but also that widespread ticket splitting or voters abandoning down-ballot Democratic candidates overstates the severity of the problem and misidentifies the causes.

There is another less dramatic explanation for what happened. The election was a clear victory for the Democrats, but while the electoral college made Biden’s victory seem bigger than it was, the senate map and the way many states are gerrymandered, benefited the Republicans.

This is significant, because it points to the intuitive conclusion that voters responded to this campaign by hardening their partisan positions and, in the huge majority of cases, voting a straight party ticket.

The real story here is the resilience of both the Democratic and Republican messages and the stability of the electorate, not the slight falloff from the top to the middle of the ticket or the modest gains made by the Republicans in the House of Representatives.

Another way we see this is that, in broad strokes, the party coalitions have been extremely durable for much of this century. The Democrats consistently get between 35-42% of the white vote, 88-95% of the African American vote about 60-65% of the Latino vote and about two-thirds of both the LGBT vote and the Jewish vote.

The Republican vote is the mirror image of that. The only significant changes we saw in 2020 was that Biden did better among white voters than Clinton did four years ago, primarily by picking up support from college educated white voters. Trump, for his part, improved on his numbers among voters of color, primarily by doing better among non-white men, but this was not enough to offset Biden’s gains among whites.

In an election that looks so much like the one before and even the one before that, it is tempting to overstate the significance of these changes, but party coalitions are always changing slightly. Probing these ups and downs too much runs the risk of overlooking the more important evidence of strong continuity over the last several presidential elections.

No two presidential elections are the same. Elections all occur in unique conditions with different candidates, economic climates and other issues or crises framing the election.

That accounts for a lot of, in this case relatively minor, changes in how different groups vote from one election to the next. Given this, the continuity between 2016 and 2020, and really among the last four to six presidential elections, indicates that party coalitions are relatively stagnant and that the polarization that has characterized American elections this century is not going away any time soon.