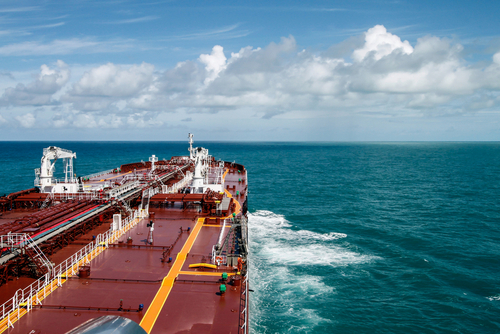 Brussels (Brussels Morning) Egypt announced the full suspension of navigation in the Suez Canal on Thursday, following a container ship accident which caused one of the world’s busiest trade routes to become blocked and impassable, dpa reported.

The 400 metre Ever Given ran aground on Wednesday. The vessel veered as a result of heavy winds and ended up wedged into the bank of the canal, diagonally blocking the entire waterway. As of Thursday evening, more than 200 large container ships, tankers and bulk cargo transports were backed up at both ends of the canal, snarled in an unprecedented sea traffic jam.

The Panama-flagged vessel’s owners, the Japanese company Shoei Kisen Kaisha, offered a formal apology to “all parties affected”, including the ships that planned to transit through the Suez Canal. “We are determined to keep on working hard to resolve this situation as soon as possible,” a company statement said.

Specialised salvage teams from Japan and the Netherlands arrived at the site on Thursday. According to the Dutch experts, freeing the ship could take days or even weeks. The disruption is likely to cause a considerable ripple effect on global trade.

The canal is the key shipping lane connecting most of Asia to Europe and accounts for an estimated 12% of global trade. It is a key route for oil and natural gas shipments from the Middle East to Europe. News of the blockage raised the global price of oil by 4% on Wednesday.

According to JPMorgan analysts, the blockage will likely add to industry supply strains, already pressured by the year-long coronavirus pandemic, since delivery of essential parts and vital ingredients will be held up hitting just-in-time supply chains.

More than 50 vessels a day pass through the canal under normal conditions. A total of 19,000 ships passed through in 2020, according to the Suez Canal Authority. The last time the canal experienced a major blockage was in 2017, though with a smaller container ship, which tug boats were able to free up in a matter of hours.