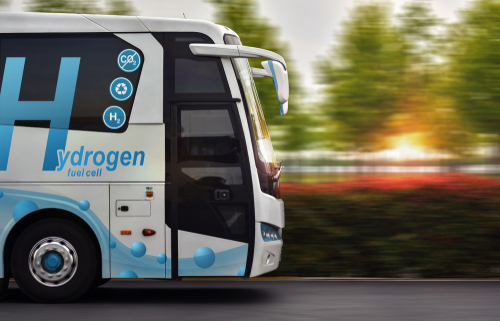 Brussels (Brussels Morning) A consortium of 12 high-profile companies are looking to turn towards hydrogen in their drive to cut greenhouse gas emissions, Reuters reported on Monday.

According to two executives, the consortium plans to launch carbon-neutral production of steel in Hamburg.

Uwe Braun, head of ArcelorMittal’s business in Germany, pointed out that “within the Hamburg hydrogen co-operation, we will be able to save one million tonnes of carbon dioxide annually” up to 2030.

Vattenfall is to convert its coal-fired power plant in Hamburg into a green hydrogen plant according to the plan, while ArcelorMittal is to be one of the plant’s major clients.

Airbus and Shell will take advantage of the hydrogen cluster in Hamburg to develop new products and move away from highly polluting industries.

Andre Walter, head of the Airbus Hamburg site, said that Airbus regarded hydrogen as “a key technology for the aviation industry of the future”.

“This is not only about the propulsion of aircraft, but also about the infrastructure of our production site”, he asserted.

The steel industry in Europe is under pressure to reduce its CO2 emissions while remaining profitable and competitive with production in China.

Power utilities are eyeing investments in hydrogen production from solar and wind power as part of the shift away from fossil fuels.

The EU has announced plans to invest billions of euro in green hydrogen projects in the coming years to replace hydrogen produced from natural gas.

Vattenfall director Oliver Weinmann believes that the subsidies could make green hydrogen competitive in 10 to 12 years.

He noted the company should invest up to 200 million euro in the Hamburg site, where it is planning to build an electrolyser in 2025.