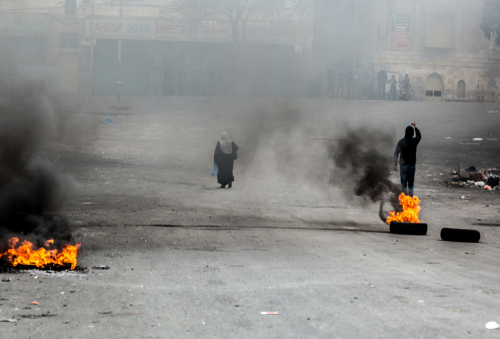 Brussels (Brussels Morning) The conflict between Israel and Palestine continues to escalate, with street violence breaking out in Israel in the wake of new rocket attacks on Israel by militants in Gaza, according to BBC reporting on Thursday.

In two incidents involving Israeli Jews and Arabs, a Palestinian was attacked by a Jewish mob in Bat Yam and a Jew was assaulted by a group of Arab men in Acre.

In the fighting that erupted on Monday, at least 67 people have been killed in Gaza and seven in Israel.

The Islamist Hamas movement has been attacking Israel with rockets since Monday, while Israel has been responding with airstrikes.

According to an Israeli Defence Forces (IDF) statement on Thursday, militants have launched approximately 1,500 rockets from Gaza on Israel since fighting broke out on Monday, with the IDF claiming that it killed a senior Hamas officials in Gaza.

Meanwhile, militants in Gaza say they launched 130 rockets against Israel and Hamas has confirmed that a senior commander was killed in Israeli attacks.

US, Russia call for talks

On Wednesday, the IDF characterised its attack on Gaza as the largest since 2014.

US President Joe Biden offered Netanyahu his support in a telephone call on Wednesday and stressed the importance of achieving “sustainable calm”.

In other actions, US Secretary of State Antony Blinken announced that he had sent an envoy to meet both sides and Russia has called for an urgent meeting of the Quartet on the Middle East, which comprises Russia, the US, the UN and the EU.