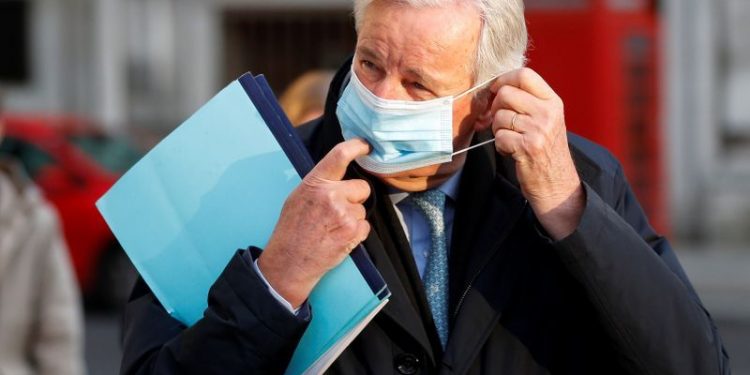 (London – Brussels morning) The EU’s chief Brexit negotiator Michel Barnier has asked Britain for a few more concessions before entering the final phase of negotiations on a trade deal.

Known as the “tunnel”, the final phase is a secretive negotiation period of intensified talks. Barnier and UK counterpart David Frost have indicated there has been progress, but there are still sticking points on fishing, the level playing field for businesses after Brexit, and governance.

“We need to get a little bit more from the UK side before he (Barnier) … is ready to enter the tunnel”, a senior EU diplomat told Reuters.

“We’ve had useful discussions this week and progress has been made in some areas”, said the source, “However, there still remain differences on some important issues”.

UK prime minister has set the 15 October EU summit as the deadline for reaching a trade deal with the 27-member bloc.

Both sides are preparing for the worst case and a no-deal scenario with Johnson mooting in the past that a deal on “Australia-style” terms is acceptable, even though it does not constitute a free trade deal.

Meanwhile, France’s President Emmanuel Macron and other EU leaders are to insist that strict rules accompany any trade deal with Britain.

According to the president, the UK government’s attempt to pass through the internal market bill, which would override parts of the withdrawal treaty, showed the nation in a dim light.

Leaders are expected to ask for the guarantees at Thursday’s summit.

They will call on EU chief Brexit negotiator Michel Barnier to ensure that “level playing field” guarantees are accompanied by Brussels’ right to take swift counter action should Britain breach the agreement.

Businesses in Britain are being asked to prepare for the end of the Brexit transition period, whether or not there is a trade deal at the end of it.

Business secretary Alok Sharma said, “With just 81 days until the end of the transition period, businesses must act now to ensure they are ready for the UK’s new start come January.

“There will be no extension to the transition period, so there is no time to waste”.