Concert Operation VK is hanging by a thread 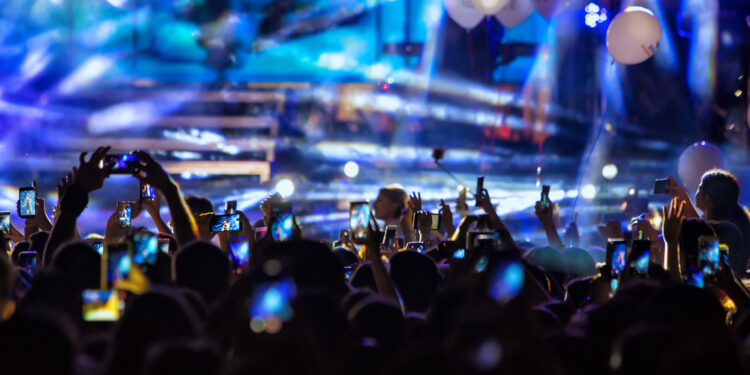 Brussels, (Brussels Morning)- The concert activities of the Vaartkapoen (UK) threaten to seize next to subsidies from the Flemish Arts Decree in the coming years. Just when investments have been made in a brand new concert hall, which will open its doors next year. “It’s like a house without furniture,” the VK says. The sector calls for approval of the subsidy application for concert activities.

De Vaartkapoen submitted an application for operating grants for the coming policy period (2023-2027), with which it is requesting funds from the Flemish Arts Decree. That subsidy pot has about 90 million euros, which is divided among arts organisations, which together applied for almost 152 million euros in subsidies. Conclusion: there is not enough money to honour all applications.

Jos Horbach is also aware of this, who works as a project manager at the VK. “The total budget is too low to allocate a sufficient budget to all associations.”

Minister of Culture Jan Jambon (N-VA) will decide on 30 June how the available resources will ultimately be distributed, based on advice from assessment committees that include people from the arts. However, on March 28, the arts organisations already received a provisional advice about their subsidy file. Each application was then labelled ‘negative’, ‘positive within budget’ or ‘positive outside budget’.

The latter categories are new. Files that are found to be positive, but for which there are no resources, fall ‘out of budget’ and are referred to a landscape committee that can still grant them. But that chance is small, because the landscape committee is only allowed to allocate 5 percent of the available subsidy pot.

The Molenbeek concert hall Vaartkapoen was told at the end of March that their subsidy file had been approved for the time being, but was outside the budget. Whether de Vaartkapoen can count on structural subsidies for the next five years, “is currently a matter of coffee grounds,” says centre manager Walter Salender. “We have called around and polled left and right, but there is little talk.”

‘Unique within the Brussels musical landscape’

However, the UK has made a file that deserves funding, says BRUZZ. Horbach also hopes that the landscape committee and the minister (Brussels minister Benjamin Dalle (cd&v) – ed.) will be able to find money in other ways to bring in the budget. “We hope that there will be additional support. De Vaartkapoen is an important hall in the Brussels music landscape.”

The UK has certainly done its homework. “We also discussed our file within Brussels. We consulted with the other concert halls in the city, such as workshop Claus in Sint-Gillis and workshop Walter in Anderlecht. There were also talks with the AB. We have thought about role definition at Brussels level in order to avoid mutual competition and have striven for a highly varied offer, which must guarantee a rich musical landscape.”

De Vaartkapoen has fulfilled a unique role within this for years by offering opportunities to emerging talent from below. “Dj Lefto was a regular here, for example. Romeo Elvis has been with us in his early years. At one point he invited his sister Angèle and the rest is history. In short, a number of trajectories have been completed with us that have been decisive for the Brussels music landscape.”

What does Brussels minister Dalle get out of the fire?

In 2017, the UK also made a bid for operating subsidies. Then the Molenbeek concert hall received negative advice. “We weren’t ready at that point,” says Salender. The VK then eventually received financing from the Brussels Fund, an impulse fund for Flemish community facilities in the capital. “But we were told by Minister Dalle that we can no longer count on the Brussels Fund and that we must rely on the Arts Decree for resources,” said the centre manager.

“I therefore assume that Minister Dalle will defend our file in the right way in the allocation of funds from the Flemish Arts Decree.” The Dalle cabinet does not want to anticipate the facts yet. “Discussions on the subsidy application have not yet been completed, the decision-making process is still ongoing. It is therefore difficult to say anything about that,” said spokesman Tom Demeyer.

Salander does not have a plan B for the time being. “If our file is definitively not approved, we will resume talks with Brussels minister Benjamin Dalle.” For the time being, the Dalle cabinet does not seem to take this doomsday scenario into account. “We will review the situation after June 30,” said spokesman Demeyer.

For the sake of clarity: if VK Concerts cannot count on subsidies from the Arts Decree, this will have no impact on the renovation works underway at Schoolstraat in Molenbeek-Saint-Jean. They will continue as usual and the end is planned for the summer of 2023. “But it would be contradictory to finance the infrastructure and then not allocate operating resources,” notes Walter Salender. “That would be like a house without furniture.”

As “an empty box,” Jos Horbach describes it. “The content must be co-financed by Flanders.” The construction works cost about 8.5 million euros. The Region, Europe, the VGC and the Flemish Community are investments.