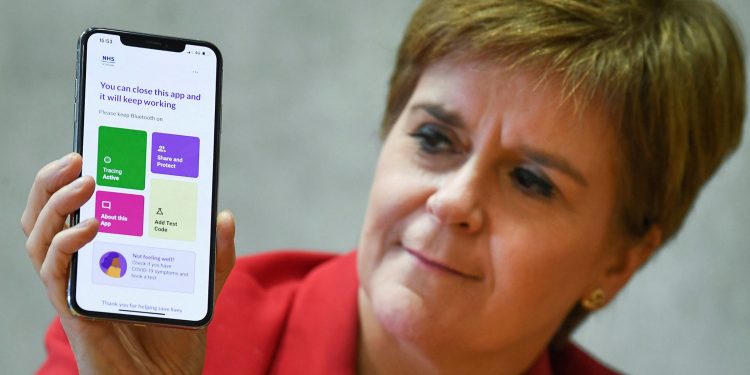 On Monday, 70 new COVID-19 cases were reported in Scotland, compared with 244 the day before. Sturgeon said it was not the complete picture and was impacted by increased demand over testing after schools opened in August that made the turnaround of results longer.

“We now have a very serious concern that the backlog of test results being faced by the UK lab network is starting to impact on the timeous reporting of Scottish results,” she said.

Scottish coronavirus testing takes place in the framework of the UK-wide testing and diagnostic network.

The Department of Health and Social Care (DHSC) said Sunday that its capacity was the highest it has been but was seeing “significant demand for tests, including from people who do not have symptoms and are not otherwise eligible”.

The Scottish First Minister said UK ministers needed to share the extent of any problems so “we can collectively and very quickly find solutions”.

She also said the new cases were trebling around every three weeks, and that the devolved nation was a “precarious” position.

“We have to act now, we have to act quickly to prevent an even greater increase in cases as we go through autumn and into winter,” she said.

New national restrictions came into effect Monday, limiting gatherings to up to six people from a maximum of two separate households.

Meanwhile, the dearth in testing capacity is leading to some NHS staff to stay off work as tests are not available.