This week: Commissioners-designate to be confirmed by Parliament, von der Leyen in Lisbon preparing for next year’s Portuguese EU presidency 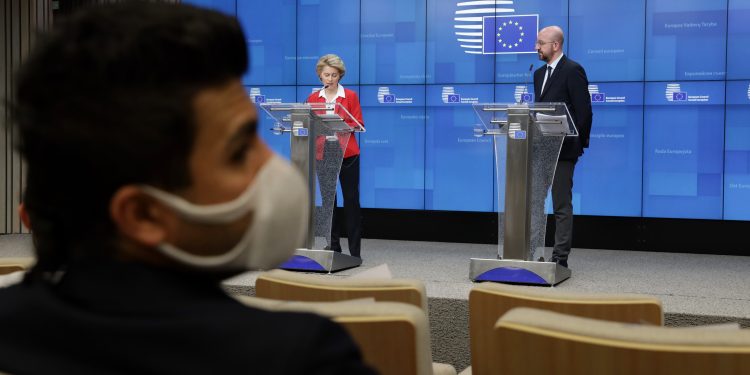 Today Monday, Commissioner Margrethe Vestager will participate in the European Cyber Security Forum CYBERSEC CEE 2020, a trade fair for cybersecurity companies committed to promoting the development and modernisation of the Central and Eastern Europe cyber security environment. Cyber security is a pressing issue at the EU level, as more hybrid threats appear across the digital realm.

Along with the Environment Committee, Frans Timmermans, Commission Executive Vice-President and Commissioner for the European Green Deal, will review the 2030 Climate Target Plan, which includes a statement on “Stepping up Europe’s 2030 Climate Ambition” as well as an impact assessment. The committee already adopted its position on the Climate Law Regulation, raising the 2030 reduction target to 60%.

On Tuesday, President von der Leyen will be in Lisbon to deliver a speech on the EU’s recovery plan. Von der Leyen will give a detailed brief to the Council of State of Portugal, on the recovery plans for the EU as well as for Portugal. Her visit serves as a diplomatic prelude for preparations for Portugal’s EU presidency next year. As agreed last July, Portugal is to receive 15.3 billion euros in grants (non-refundable), including €13.2 billion by 2023, through the Recovery and Resilience Mechanism, the main instrument of the Recovery Fund. Countries can submit their recovery and resilience plans to Brussels from mid-October on. The European Commission then has two months to evaluate them.

On Wednesday, Mattia Pellegrini, Head of Unit, Waste Management and Secondary Materials, at DG Environment, will take part in an important discussion about the future of batteries which could determine the competitiveness of industries in Europe at a time when a sustainable shift is becoming more and more necessary.

The European Commission has announced its intention to revise the EU Batteries Directive and create a new regulatory framework, with a view to providing Europe with an effective battery value chain to achieve the ambitious EU climate change, ensure circularity and meet clean transport targets. The revision of the directive will affect production as well as end-of-life management.

On Thursday, Energy Commissioner Kadri Simson is expected to attend a virtual roundtable discussion with CEOs of Eurogas on the EU Energy System Integration and EU Hydrogen Strategy. The same day, Simson will deliver a keynote address at the opening session of the virtual Eurogas Annual Conference ‘’A single pathway to 2050?’’.

McGuinness and Dombrovskis at parliamentary hearing

On Friday, Mairead McGuinness, the Commissioner-designate for Financial Services, Financial Stability and the Capital Markets Union, will appear before the Parliaments’ Economic and Monetary Affairs Committee. In the afternoon, the Parliaments’ International Trade Committee will hear Commission Executive Vice-President Valdis Dombrovskis on the trade portfolio. These hearings are the result of the recent changes in the Commission. MEPs will use the occasion to review the qualifications and poitical orientation of the two nominees in assessing their approach to handing their respective portfolios.