Commission to crack down on organised crime and human trafficking 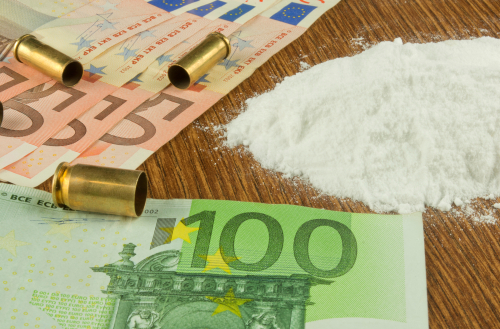 Brussels (Brussels Morning) The European Commission is set to crack down on organised crime and human trafficking as part of a new EU strategy, which was unveiled on 14 April and is to be implemented over the next five years.

The EU executive will focus on boosting law enforcement and judicial cooperation in a concerted moved to disrupt and weaken the operations of organised crime structures, both online and offline

Measures like upgrading exchange of information on DNA, fingerprints and vehicle registration are on the table, as is the modernisation and strengthening of funding for the European multidisciplinary platform against criminal threats (EMPACT).

Home Affairs Commissioner Ylva Johansson termed organised crime a “big threat to our security”, in noting the “highly professional and transnational” range of its illegal activities. Organised crime groups continue to develop and evolve, the Commission asserted, as evidenced by how rapidly they had exploited the COVID-19 pandemic by expanding their involvement in counterfeit medical products and online crime.

Commission’s VP for Promoting Our European Way of Life, Margaritis Schinas, noted how organised criminals “thrive on a lack of coordination between states” and that the measures called for in the EU’s new strategy would therefore help hit them “where it hurts most”.

“We need to step up our efforts to fight the scourge of human trafficking. Today [14 April], the EU has taken a significant step”, MEP Vincze Loránt (EPP) declared, in welcoming the Commission’s new strategy.

A Council of Europe report recently called on Denmark to to improve the identification and protection of victims of human trafficking and to ensure that offences are duly “investigated, prosecuted and lead to effective, proportionate and dissuasive sanctions”..

According to the report compiled by the Group of Experts on Action against Trafficking in Human Beings (GRETA), the most frequent form of exploitation remains sexual exploitation, followed by labour exploitation and forced criminality.

By stepping up efforts to clamp down on organised crime, the EU wants to focus on high-priority crimes, including human trafficking.

The top five EU countries where trafficking originated were Romania, Hungary, France, the Netherlands and Bulgaria. Most of the operations involve non-EU citizens from Nigeria, China, Ukraine, Morocco and India.

Estimated profits collected by traffickers worldwide reach up to 29.4 billion euros in a single year, according to the Commission.

On 9 April, a joint operation led by Interpol, arrested 195 suspects of human trafficking and migrant smuggling. That operation helped rescue 500 victims, including children.

“The complexity of the phenomenon requires a wide response targeting all its aspects — from protecting victims and convicting traffickers to preventing and reducing the demand that fosters trafficking in the first place”, the Renew Europe political party, stated.