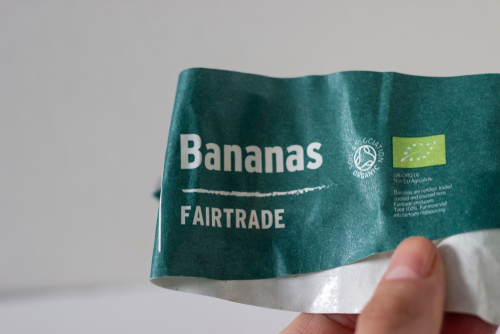 Brussels (Brussels Morning) The European Commission has announced a plan to boost production and consumption of organic products across the Union. The aim is to have 25% of agricultural land under organic farming by 2030 and to increase organic aquaculture, in order to improve the sustainability of the food system and to reverse biodiversity loss.

The Commission’s plan builds on previous activities to promote organic products. It focusses on improving animal welfare, ensuring the availability of organic seeds, reducing the sector’s carbon footprint, and minimising the use of plastics, water and energy. The aim is to provide tools and ideas for balanced growth of the sector.

The Common Agricultural Policy, research and innovation and close cooperation with key actors at EU, national and local level, are all intended to support the development of organic practices, Agriculture Commissioner, Janusz Wojciechowski, said.

“Agriculture is one of the main drivers of biodiversity loss, and biodiversity loss is a major threat to agriculture. We urgently need to restore balance in our relationship with nature. This is not something farmers face alone, it involves the whole food chain”, the Commission’s VP in charge of the European Green Deal, Frans Timmermans, declared.

In line with the new organic legislation which comes into effect as of 1 January 2022, the Commission also aims to encourage and foster local and small-scale processing. “This is crucial to ensure organised and efficient supply chains for organic products and to make sure that small producers can find an outlet for their production”, the EU executive stated.

The IFOAM Europe,NGO welcomed the Commission’s new plan, lauding its “push-pull” approach, which aims at balancing increases in both production of and demand for organic products.

According to the EU’s statistics office, organic farming covered almost 13.8 million hectares of agricultural land in 2019, corresponding to 8.5% of the total utilised agricultural area of the EU 27 — an increase of 0.5% from 2018.

Austria, Estonia and Sweden have the highest concentration of organically-farmed land, with each applying organic practices to the cultivation of more than 20% of their total agricultural land.

Between 2012 and 2019, Bulgaria, France, Croatia and Hungary recorded growth in total organic coverage of over 100%. One EU member state, Poland, reported a 22.6% reduction in the land area under organic cultivation.

Spain, France and Italy led all member states, accounting for the highest total organic areas measured in hectares both in 2012 and 2019.

As for organic farming per se, the highest share was reported in the Salzburg region of Austria, where 52% of the total agricultural area in use was devoted to organic farming in 2016.

Elsewhere In the EU, the share of organic production of vegetables ranged from 0.03% in Malta to 3.7% in Latvia.