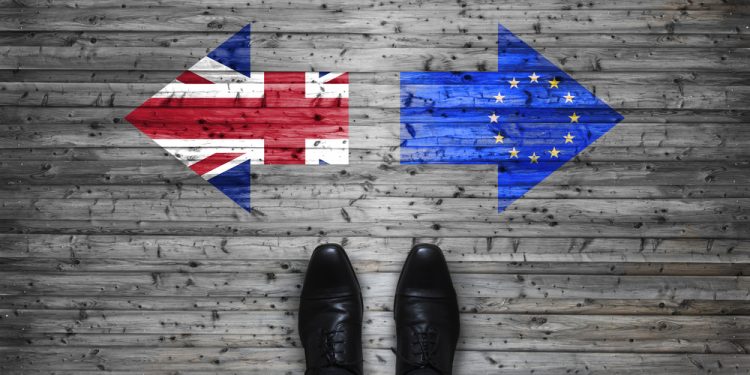 Brexit, flags of the United Kingdom and the European Union on wooden background with legs and shoes

Brussels (Brussels Morning) The EU Commission proposes setting up a Brexit Adjustment Reserve to minimise negative economic and social effects of Brexit, according to a Commission press release issued on Christmas Day, Friday.

The proposal, in line with the EU Council’s plan from July, would look to the Reserve to support employment and businesses in most affected sectors once the transition period ends on 31 December. The Reserve is to have an overall budget of 5 billion euro.

The instrument should help regions and local communities as well as public administration units to maintain essential services for citizens and businesses.

Warning that the end of the transition period “will have an important economic and social impact on regions and local communities that are most linked to the UK’s economy and trade”, EU Commissioner for Cohesion and Reforms Elisa Ferreira said the proposal reaffirms the Commission’s commitment and solidarity. The Reserve, she pledged, would provide needed support to those most affected by Brexit.

Johannes Hahn, EU Commissioner for Budget and Administration, noted that the Reserve is designed to provide help quickly to those EU member states most impacted by Brexit. He hoped the EU Council and the EU Parliament would support the proposal without delay.

Hahn acknowledged the Reserve would not be sufficient for adapting to the new trade deal with the UK, indicating that “the powerful new EU budget will support this work.”

In addition to supporting hard-hit sectors, local communities and businesses, the Brexit Adjustment Reserve will focus also on those dependent on fishing in British waters. It can be used to help employment through education and work schemes as well as to provide backing for border and customs controls, among other measures.

Most of the 5 billion euro will be distributed through pre-financing next year, with the remainder being released over a period of 30 months.