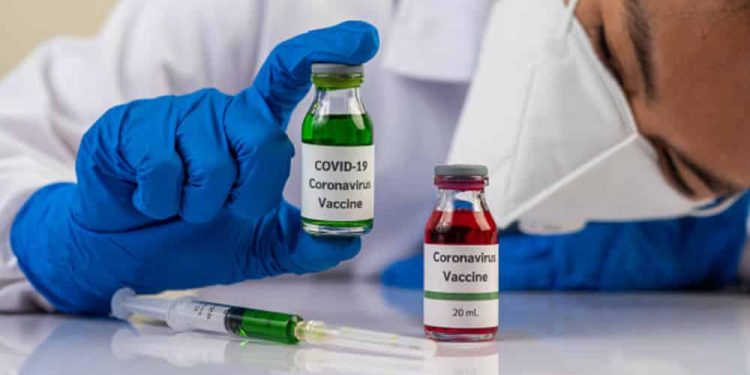 Confirming that as yet there is no “safe vaccine”, the Commission’s new strategy nonetheless is focused primarily on vaccine deployment. Underlying this approach is a proposed “common appeal about who is vaccinated first”, an attempt to ensure access for those most in need. A priority for member states, Kyriakides asserted, is to ensure that they have the capacity to deliver vaccination, to the target population. Member states should assess whether everyone can easily afford and readily access the vaccination. The EC also stressed the importance of “testing, contact tracing and surveillance” as an integral part of managing the transmission of the COVID-19 and curbing infection chains.

The EU’s vaccine initiative of placing a cap on how many doses are to be distributed to participating countries will help avoid hoarding by richer countries, while ensuring that those in need will get their fair share, thus eschewing so-called “vaccine nationalism”.

So far, the Commission has sealed deals with AstraZeneca, Sanofi-GSK and Johnson & Johnson. The EU executive is also pursuing exploratory talks with BioNTech-Pfizer, CureVac and Moderna. These talks aim to achieve Advance Purchase Agreements (APAs) to be financed through the Emergency Support Instrument.

While the EC appears to be optimistic about global solidarity in the effort to ensure equitable access to affordable COVID-19 vaccines, NGOs such as the Corporate Europe Observatory (CEO) and the European Public Health Alliance (EPHA) have voiced their concern about the transparency of ongoing talks between the industry and EU institutions.

More than that, the watchdog CEO has delved deep into the nature of the discussions between EU officials and the pharmaceutical industry. By uncovering documents through freedom of information requests, CEO managed to reveal “how the industry is putting profit before an effective pandemic response”.

Minutes from weekly calls between pharma and the Commission during the pandemic revealed that the European Federation of Pharmaceutical Industries and Associations (EFPIA) said it “would like to continue supplying these new treatments through their usual channels and not by joint procurement”. What the industry refers to as “the usual channels” is the practice of negotiating pricing and reimbursement at national level, which allows pharma companies to set higher prices without revealing what other countries might be paying.

Advance Purchase Agreements, a shield for the industry?

However, the CEO noted that in the race for potential COVID-19 vaccines, joint procurement had not been ruled out by the industry as long as there were assurances in the form, for example, of APAs that “offer pharma firms incredibly favourable terms”. With APAs, governments are paying up front for vaccines that are not yet fully developed, thereby covering potential losses.

Not least among the demands being made by the industry is a request for protection against lawsuits and other claims that might arise should the new COVID-19 vaccines be flawed. The Financial Times reported on these appeals back in August 2020, when it revealed that Vaccines Europe was lobbying the EU for legal protection against lawsuits and other claims in the event they were considered liable for problems that might be associated with the introduction of the COVID-19 vaccines.

To strengthen corporate efforts to shield themselves against legal action, a leaked Vaccines Europe memo exposed the corporate lobby group were demanding a “compensation system” and “exemption from civil liability”. In addition, the CEO noted, EU spokespersons had confirmed that “they’re open to help vaccine companies cover liability costs” in case of undesired effects caused by COVID-19 vaccines, as part of the APAs.

Adding to the story, the Belgian newspaper HLN reported in August 2020, that a former EFPIA director was one of the seven members on the EU team negotiating vaccine deals with pharmaceutical corporations. The former EFPIA director, reportedly still associated with two companies that provide services to big pharma involved in negotiating vaccine deals, clearly, according to the newspaper account, a case showing a considerable conflict of interest.

“The lack of transparency over these vaccine negotiations, and the contracts agreed– particularly regarding price, intellectual property, liability, and other conditions– urgently needs rectifying,” the CEO maintained. EU institutions are only stretching the duration of the pandemic, if they give in to “arguments that fuel vaccine nationalism and competition between states”.

The EPHA warned that an exemption from civil liability would create “a dangerous precedent” and “undermine people’s confidence in vaccines”. EPHA’s Yannis Natsis emphasized that “governments need to resist pharma pressure and be transparent”.

Yesterday, the Johnson & Johnson pharma company said its COVID-19 trials were on temporary hold due to an “unexplained” illness.  On 11 September, AstraZeneca and Oxford University also halted vaccine trial after a volunteer undergoing the tests showed neurological side effects. Trials for the latter have already resumed globally, except in the US, according to Clinical Trials Arena.

During a live Euronews debate, yesterday, the WHO’s European chief Hans Kluge reiterated that a COVID-19 vaccine should not be seen as “a silver bullet” against the disease. “Ultimately, we have to live with the virus,” he said, while urging Europeans to remain united against COVID-19 over the winter period. “This is not the end of the world, we are close, so let’s stick together for a couple of months more’’ in order prevent the deaths of the most vulnerable including the elderly, he said.

“It’s quite understandable that there is some hesitancy in a new vaccine,” panel member MEP Sara Cerdas said, acknowledging that “there is no perfect vaccine”.