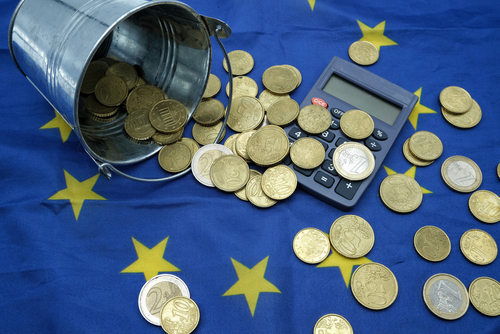 Brussels (Brussels Morning) Portugal’s recovery plan was approved by the European Commission on Wednesday. In total, the country will receive 16.6 billion euro under the EU’s Recovery and Resilience Facility.

The EU funds, 13.9 billion euro in grants and 2.7 billion euro in loans, part of the NextGenerationEU, will be made available between 2021-2026. The funds are expected to help the Portuguese economy recover after being hit by the COVID-19 pandemic.

“The reforms and investments contained in this plan will allow Portugal to emerge from the COVID-19 crisis stronger, more resilient, and better prepared for the future. In short, it will help build a better future for the Portuguese people”, von der Leyen stated.

Describing the plan as “ambitious and transformative”, Portugal’s PM António Costa said it would have “a lasting impact on the economy and social fabric”, serving not only “to respond to the pain of the crisis”, but also to “allow us to go faster and beyond convergence with the EU”.

João César das Neves, a Professor of Economics from the Católica Porto Business School, however, expressed scepticism as to the immediate impact of the strategy.

“It is focused not on the pandemic and the immediate recovery situation, but on the next generation”, das Neves opined. “In fact, it includes two things that were not negatively affected by the pandemic, but, on the contrary, were positively affected”, these being “digitisation and decarbonisation, two of the few things that the pandemic has facilitated”.

Of the total budget, 38% of the plan’s allocation for reforms and investments supports climate objectives, whereas 22% is assigned to support digital objectives.

Under climate objectives, 300 million euro will finance a large-scale renovation programme to increase the energy efficiency of residential buildings.

For example, private projects for the production of renewable hydrogen and other gases of renewable origin will benefit from 185 million euro.

As for digital goals, the Portuguese government is to receive 521 million euro to upgrade technological laboratories and technical equipment in secondary schools and professional training centres.

The plan foresees upgraded investments in healthcare projects too. As part of the digital transition, the National Health Service will be granted 300 million euro to modernise computer systems and increase digitalisation of medical records.

SMEs will be eligible to apply for digital skill training and tailored coaching. A total of 650 million euro will be allocated to support the digital transition of business.

Portugal’s recovery plan is betting on the future generation by upgrading science facilities and increasing learning opportunities for youth.

The plan is also expected to deliver decent and affordable housing, envisaging the disbursement of 1.2 billion euro to at least 26,000 households in need.

The modernisation of the justice and business environment, including the removal of barriers to investment is another of the plan’s key measures.

“The plan strengthens public transport networks in urban areas, which is particularly relevant for disadvantaged commuting workers, and reinforces labour rights, especially for atypical labour contracts linked to the digital economy”, according to the Commission.

On Tuesday, the Commission announced that it had successfully raised 20 billion euro in capital markets, by issuing a 10-year bond to fund the NextGenerationEU.

“This is the largest ever institutional bond issuance in Europe”, von der Leyen noted.

Portugal was the first member state to receive a positive assessment from the Commission.

Once the Council adopts the plan, expected in July, Portugal will receive a first disbursement amounting to 2.2 billion euro, which represents 13% of the total allocated to the country.