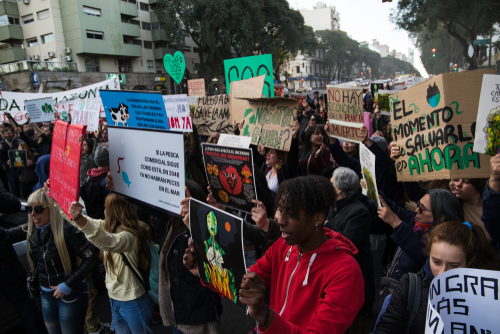 Brazil now aims to reach carbon neutrality by 2060, according to the nationally determined contribution (NDC) it submitted at the end of 2020 under terms of the new Paris Agreement commitment.

Brazil added the 2060 target, while otherwise sticking to most of its previous environmental pledges. In contrast, the significantly wealthier and more developed EU and US have pledged to reach carbon neutrality by 2050.

Brazil should do more

“The failure to increase ambition in the updated NDC submitted by Brazil in December 2020 is a missed opportunity and sends a bad signal”, Sinkevičius said. “The EU and the international community are expecting Brazil to show a much higher level of ambition”.

He insisted that Brazil’s carbon neutrality goals should be as close as possible to the 2050 deadline.

Developed countries let them down

França noted that developed countries, having pledged to provide 100 billion dollars annually to developing countries to help finance their environmental efforts, failed to provide the promised support, yet insist on ambitious goals nonetheless.

“Unfortunately the efforts of developing countries at adapting to climate change and mitigating their emissions have not been followed by increased international financial support”, he said.

Sinkevičius stressed that Brazil has to do more to stop deforestation if it is to meet its environmental targets as he reminded his hosts that the EU is preparing plans to remove products linked with deforestation from its market.

The EC is to to propose regulations this year aimed at addressing the issue. A recent report by the World Wide Fund for Nature singles out palm oil, soy and beef from Argentina, Brazil and Indonesia as the main culprits.