Commission cracks down on “golden passports” in Cyprus and Malta 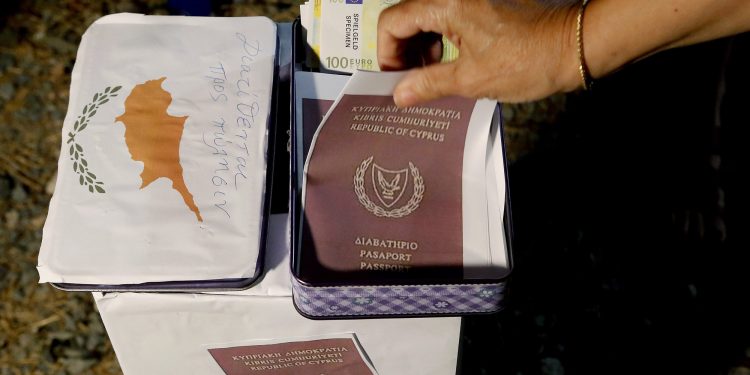 Brussels — (Brussels Morning) The European Commission has decided to get tough on “golden passport” schemes in Cyprus and Malta ostensibly designed to “sell” EU citizenships.

Infringement procedures were triggered yesterday, following a report from Al Jazeera television exposing how the Cypriot golden passport scheme was attracting criminals to the country thus undermining the security and values of the entire EU bloc.

The Commission considers these practices incompatible with EU law and has requested both Cyprus and Malta to reply to letters of formal notice. Should the answers prove unacceptable, the EU executive will issue a reasoned opinion, one of the formalities of its infringement procedure. Yesterday, Transparency International revealed that Cyprus is to axe its “golden passport” scheme on 1 November.

Recently, a former aide of Malta’s PM Joseph Muscat was arrested in an ongoing investigation into money laundering linked to sales of golden passports. On 16 October 2017, the Maltese investigative journalist Daphne Caruana Galizia, who had been reporting on the Panama Papers and was vocal in exposing the sale of Maltese citizenships, was murdered, a homicide crime that has yet to be adequately investigated by the island’s authorities.

Essentially, these schemes grant residential status in exchange for substantial real estate investment with the added assurance of accelerated citizenship, often with no inconvenient questions asked, and an EU passport. The controversial schemes can be a major revenue source – in the case of Cyprus, reportedly an estimated Euros 8 billion or more in just seven. Criticism has been frequent and strident of the practice and its exponents and many have queried the real value and the ultimate beneficiaries of such so-called foreign investment.

On 10 July 2020, the European Parliament adopted a report calling on member states to phase out all existing citizenship by investment or residency through investment schemes as soon as possible.

Yesterday, German MEP Sven Giegold described the proposed measure as “an important step against money laundering and corruption in Europe.” It was high time, he said, that the EU Commission took “concrete measures against these violations of EU law.”

While he welcomed the fact that “our pressure is finally taking effect”, Giegold was not sparing of the EU’s current German presidency which he accused of being silent on the issue. “The Council must finally put the issue of golden passports and visas on the agenda”, he declared.

Six years ago, in 2014, former Portuguese MEP Ana Gomes, speaking to the BBC, condemned the practice of selling access to the EU as “very anti-EU,” at a time when Portugal was the center of a scandal involving high-profile politicians and the golden visa/passport schemes.

Giegold is now insisting that the EC mustn’t stop with Cyprus and Malta: “The Commission should also address the investor programmes of Bulgaria, Portugal and other member states. Portugal alone has sold over 20,000 long-term visas, which lead to citizenship after five years. Europe cannot ignore the huge Portuguese programme and the evidence that criminals have profited from it”.