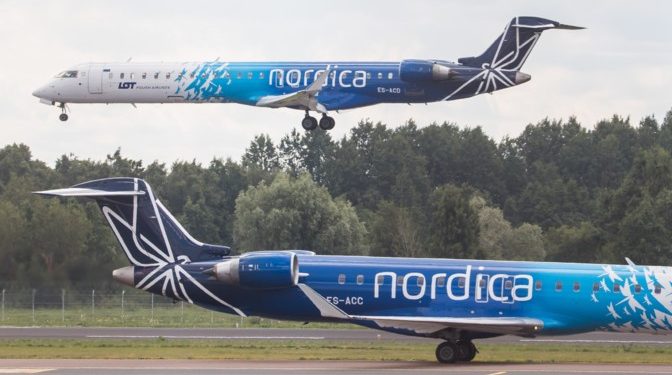 The European Commission has approved a €30 million Estonian measure to provide a share capital increase and a subsidised interest loan to the state-owned aviation company “Nordica Aviation Group AS” (“Nordica”). The scheme was approved under the State aid Temporary Framework.

Executive Vice-President Margrethe Vestager, in charge of competition policy, said: “Nordica plays a key role in the Estonian economy and connectivity. It is the largest employer in the national aviation sector. The company has suffered substantial losses since the beginning of the coronavirus outbreak, which has hit hard the aviation sector. This measure provides both an equity injection and a subsidised interest loan, and it ensures that Nordica con continue its activities whilst limiting distortions of competition.”

Estonia notified to the Commission under the Temporary Framework a share capital increase of €22 million, as well as a subsidised interest loan of €8 million to the company, resulting in a measure with a total amount of €30 million.

Nordica has established business partnerships with major airlines in Northern and Eastern Europe and therefore plays a key role in Estonia’s connectivity. Nordica has suffered significant losses due to the severe disruption of air passenger transport caused by the emergency measures necessary to limit the spread of the coronavirus. This had an adverse impact on the company’s financial position and, as a result, Nordica is facing severe liquidity issues, as well as the risk of insolvency by the end of the year.

The Commission found that the scheme notified by Estonia is in line with the conditions set out in the Temporary Framework. In particular:

The Commission concluded that the measure is necessary, appropriate and proportionate to remedy a serious disturbance in the economy of a Member State, in line with Article 107(3)(b) TFEU and the conditions set out in the Temporary Framework.

On this basis, the Commission approved the measures under EU State aid rules.