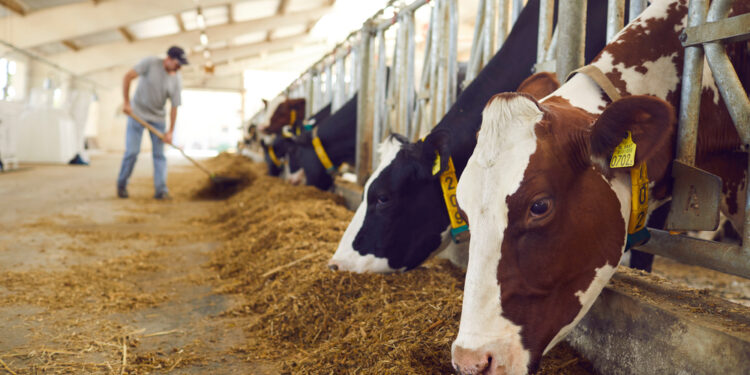 Brussels, (Brussels Morning)- From Wednesday, the RMI provides a code orange because of the heat. In that case, the heat plan will also come into effect for the transport of livestock to slaughterhouses. This would mean, among other things, that no large livestock may be transported between 2 p.m. and 7 p.m. This was reported by the cabinet of Flemish Minister of Animal Welfare Ben Weyts (N-VA) on Tuesday.

In 2020, Weyts concluded an agreement with professional associations Febev, VIP and NVP about loading, transporting and unloading livestock on hot days. The heat plan indicates which measures livestock transporters and slaughterhouses must take via a colour code. On three consecutive days of more than 32 degrees or when the thermostat taps 35 degrees, code orange will go into effect.

In that case, no transport of large livestock may take place between 2 pm and 7 pm, the number of animals per transport must be reduced by a tenth and the slaughterhouse must ensure an “adapted climate” in the waiting stables. In the case of poultry, no animals may be caught or loaded with a code orange between 8 am and 10 pm.

Normally, slaughterhouses are not allowed to slaughter animals between 8 p.m. and 5 a.m. and on weekends. But the Federal Agency for the Safety of the Food Chain (FAVV) has confirmed to Weyts that slaughterhouses can choose other slaughter times during a heat wave. For example, the transports to the slaughterhouse can be shifted to cooler times.

Animal rights organisation Animal Rights argued on July 19 for a lowering of the maximum temperature from 35 to 30 degrees. “We also have to pay attention to animal welfare on the way to the slaughterhouse. We will evaluate this heat protocol together with the sector based on the experiences this summer and tighten it up where necessary,” said Weyts to a BRUZZ reporter. Whether a possible temperature change will be on the table there, Michaël Devoldere, spokesman for Weyts, was not yet able to say.