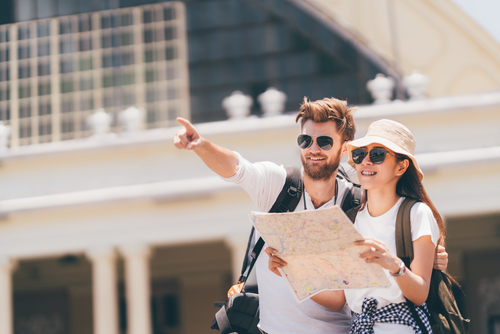 Brussels (Brussels Morning) It’s the city break season and we’re as excited as you are! Most people planning a city trip in Europe often end up in metropolises such as London, Barcelona, ​​Vienna or Paris. However, many other European cities can be reached within a few hours by train or flight and are just waiting to be explored.

At a time when tourism across the globe has just picked up, these cities offer welcoming tranquility and an often more relaxed atmosphere. So, instead of squatting in front of the Louvre or queuing at the Vatican, explore these alternative destinations that offer surprising sights.

The port city in north Belgium was once the most important trading metropolis in Europe and is filled with medieval buildings and culinary delicacies. Castles, museums and churches make Antwerp a fascinating city of culture.

From the roof of the Museum aan de Stroom, you can enjoy a wonderful view of the entire city. In the central old town between “Scheldeufer” and “Groenplaats”, you can go shopping or have a cosy time at a cafe.

Bergen is located on the southwest coast of Norway and is the gateway to the fjords. The picturesque town is surrounded by seven mountains and is itself on a fjord; but above all, it is the starting point for the “Sognefjord” further north, the deepest and longest fjord in the country.

Although Bergen has more than 250,000 inhabitants, it has retained a lot of smalltown charm and a homely atmosphere. Students, who make up around ten percent of the population, also give the city a fresh, youthful atmosphere.

Montenegro is a still lesser-known travel destination in Europe. Well worth seeing is Kotor, the city on the Adriatic coast. It is located in a bay near the mountain range Lovćen. The medieval old town is characterised by its winding streets and squares and is home to several romantic churches.

One of the most famous buildings in Kotor is the Rector’s Palace and the adjoining clock tower. The port, where more and more yachts have moored in recent years and which is also approached by cruise ships, forms the end of the impressive Bay of Kotor.

Ljubljana is located in the heart of Slovenia, nestled between the Alps and the Adriatic Sea and has around 300,000 inhabitants. Ljubljana has had an eventful history, with various affiliations leaving their traces throughout the city.

The city can be explored very well with a panoramic boat on the Ljubljanica river. The banks of the river, which meanders through the city and separates the old town from the modern business centre, are lined with cafes and small boutiques.