Christchurch gunman says he will not speak at sentencing hearing 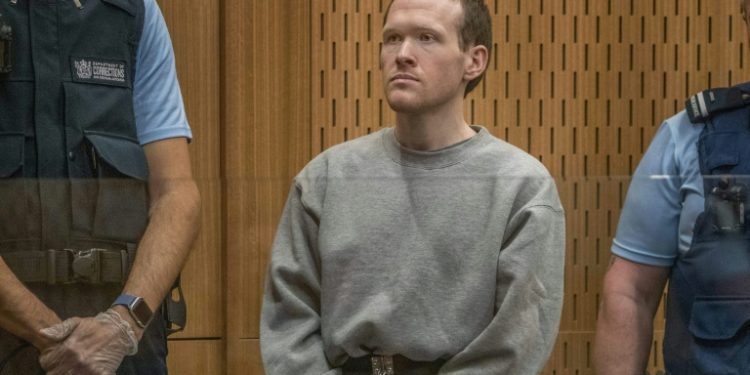 Over a period of three days, 91 of his victims read statements to him in court. But the terrorist who attacked two mosques in Christchurch, New Zealand – killing dozens of Muslim worshippers at prayer – told a judge on Wednesday that he would not address the court himself.

There had been fears the Australian man would use the sentencing hearing as a platform to spread his anti-Islamic and extremist views. Brenton Tarrant, 29, a self-professed white supremacist, broadcast his massacre at the two mosques live on Facebook and published an extremist manifesto.

The gunman admitted in March to 51 counts of murder, 40 of attempted murder, and a terrorism charge; it reversed an earlier, not-guilty plea to the 15 March 2019 attacks.

Many of those bereaved or injured have urged the court in a hearing that began on Monday – and has included dozens of emotional and angry victim impact statements – to give him a sentence of life without the possibility of parole.

He would be the first person in New Zealand, under current laws, to receive such a term.

On Thursday, Justice Cameron Mander was due to hear submissions from prosecutors, and from Tarrant – who sacked his lawyers in July, and has represented himself at this hearing – about what the sentence should be. Tensions have run high among his victims about what he could use his time in court to say.

But instead, at a hearing between the judge and lawyers after Wednesday’s court session, Tarrant confirmed to the judge that he did not intend to speak in court. Instead, a lawyer on standby – appointed earlier to the court to assist the terrorist if he chose to accept legal representation – will make a brief statement on his behalf.

It is not known what the gunman has instructed his standby lawyer to say. The hearing will resume on Thursday morning.

Temel Atacocugu, who was shot nine times at Al Noor mosque, the first person the gunman attacked, gave his statement to the court on Monday before undergoing surgery on Tuesday for bullet damage to his left arm. He told the Guardian that although it was important to him to learn Tarrant’s responses to all his victims had said, he would not be disappointed if the terrorist said nothing.

“This his choice,” said Atacocugu. “I chose to speak and if he chooses to be quiet, this is his choice.”

Besides, he said, Tarrant had “no voice anyway”.

Throughout Wednesday’s hearing, those bereaved or wounded by the gunman’s actions spoke out.

One, Abdul Aziz Wahabzadah – smiled as he took the witness table. “You know that face,” he told Tarrant. “The one that chased you out.”

When the official account of the gunman’s accounts was read to the court by a prosecutor on Monday, in flat emotionless prose, Wahabzadah’s actions at the second mosque the terrorist struck were among those that stood out. He had run, screaming at Tarrant to distract him, and later gave chase on foot, throwing one of the terrorist’s spent weapons through a back window of Tarrant’s car.

It seemed to have caused the gunman to flee in his vehicle, and he was arrested shortly afterwards

On Wednesday, Wahabzadah recounted how after the shooting started at Linwood mosque, he had picked up a portable Eftpos machine – the only weapon he could find – and flung it at the gunman’s head.

“My two sons were looking from the side of the mosque … that coward keep shooting at me,” Wahabzadah said. His sons had called to him to come inside, but he had not.

“I tell that coward, ‘Come here, you are looking for me, I am here,’” he added. He was convinced he would die, but did not want the gunman to enter the mosque again; seven of the 51 killed were worshipers at Linwood mosque.

He picked up one of the gunman’s weapons that – unfortunately, Wahabzadah said – had no bullets in it and hurled it through the side window of Tarrant’s vehicle.

“I could feel in his eyes a fear for his own life,” Wahabzadah said. “He act very tough. But I’ll be honest with you, he is nothing.”

The former Afghan refugee was initially held by the police as the suspected shooter because he was holding one of the gunman’s weapons and later, at the police station, learned that Tarrant had been arrested.

“I said, ‘Please, give me 15 minutes in the cell with him,’” he told the court on Wednesday. “I’ll see how many guts he’s got without a gun.”

The gunman had failed to sow division between religions, said Wahabzadah. He added, to Tarrant: “Never forget these two eyes you ran from.”

As each victim of the attacks finishes their remarks, Justice Mander has thanked them. But to Wahabzadah, applauded by families sitting in the public gallery, he had something else to add.

“Before you go, I’ve seen the video,” the judge said, referring to footage taken by the gunman. “I want to acknowledge your courage.”