Chinese treatment of Uyghurs a ‘crime against humanity’ — Amnesty 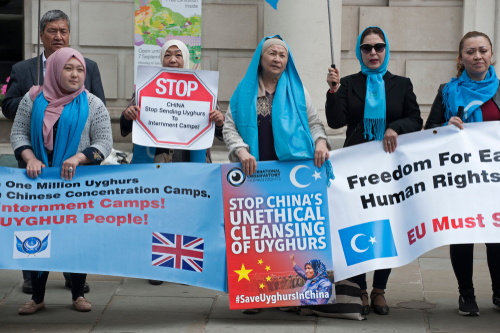 Brussels (Brussels Morning) Global rights group Amnesty International has published a 160-page report on the Chinese repression of its Uyghur ehtnic minority in Xinjiang province in which it concludes that Beijing’s practices constitute crimes against humanity.

The Amnesty report includes testimonies from former detainees in Xinjiang camps documenting extreme measures that the Chinese authorities have been taking against Uyghurs and other ethnic-Turkic minorities.

“The Chinese authorities have created a dystopian hellscape on a staggering scale”, said Amnesty’s secretary general Agnès Callamard, presenting the report. “Muslim minorities face crimes against humanity and other serious human rights violations”, she added, saying the abuses “should shock the conscience of humanity”.

Testimonies from former detainees detail the inhumane treatment they received at the hands of Chinese authorities, including beatings, sleep deprivation and overcrowding. Those held in internment camps reportedly had no privacy or autonomy and risked harsh punishments.

China has been publicly denying any human rights abuses in the Xinjiang region, and has warned countries condemning its actions not to interfere in another sovereign country’s “internal matters”.
What has become known of the Chinese repression of Uyghurs, despite Beijing’s attempts to control the outward information flow, has been enough for the European Parliament to denounce Chinese practices as crime against humanity earlier this year. The US State Department, as well as the parliaments of Canada and Netherlands, went a step further and described them as genocide.