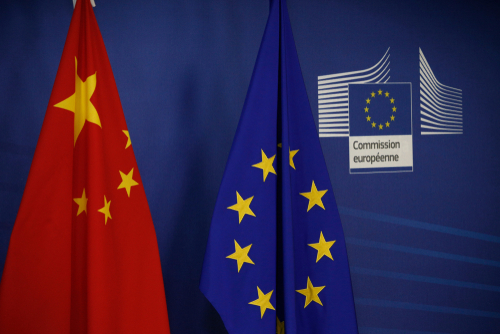 Brussels (Brussels Morning) China’s President Xi Jinping held a three-way video conference with the leaders of Germany and France, Chancellor Angela Merkel and President Emmanuel Macron, expressing hope that China and Europe could expand cooperation in order to respond  to global challenges together.

According to China’s state broadcaster CCTV, Xi also told Merkel and Macron that he hopes Europeans could play a more active role in world affairs, achieve strategic independence and provide a better environment for Chinese enterprise on the continent that would be fair, transparent and unbiased.

The meeting was also confirmed and briefly reported on by the Office of the German Chancellor, which issued a short release stating that the three leaders had discussed relations between the EU and China, as well as international trade, climate crisis, coronavirus pandemic and the world’s supply of vaccines.

Relations between China and the EU hit a low point this year, as Brussels slapped sanctions on Chinese officials and entities linked to suspected human rights abuses in China’s Xinjiang province, a move that was carried out in coordination with the UK.

When China reciprocated by imposing sanctions on a number of EU lawmakers, academics and institutions, the action was immediately condemned by the European Parliament. In a further escalation of tensions, the Parliament voted to halt the ratification of the EU-China investment deal.

The EU-China Comprehensive Agreement on Investment (CAI) was envisaged as a tool for improving trade and investments between the two sides, as well as for ensuring China would adhere to level-playing-field restrictions that would prevent Beijing from undermining competition by providing state assistance to its companies doing business with the Union.

US President Joe Biden previously expressed concerns that China is disrupting the rules-based world order. His views gained traction within NATO countries and the G7 group of world’s largest economies (excluding China). Despite being members of both groups, Merkel and Macron have reportedly argued for a middle-ground approach to China, one that would not isolate Beijing but would keep venues for cooperation open.