China sends first taikonauts to its own space station 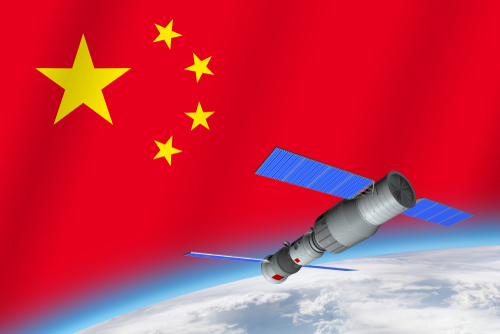 Mission Commander Nie Haisheng, a decorated air force pilot who previously flew into space on an earlier mission, has entered the Tianhe module together with two other crew. They are being tasked with bringing the core module of the future Tiangong station online.

During their three-month mission, the trio will test equipment, carry out scientific experiments and prepare the module for docking with two additional laboratory modules sometime during next year. The gradual upgrading of the station emulates the staggered assembly of the International Space Station (ISS) and the defunct Russian Mir station.

Nie and his fellow taikonauts are scheduled to be relieved in about three months’ time, when a new Shenzhou-12 capsule will bring a replacement crew to Tianhe. At that point, Nie’s team will re-board their capsule and return to Earth.

The landmark mission marks a new success for China’s developing space programme, which in the last couple of decades has more or less managed to match the achievements of the Cold War era space race between Soviet Union and the US.

Shut off from cooperating with NASA, since the US refuses to allow Beijing have access to its space technologies, China’s space agency CNSA was forced to develop its own launch vehicles, train its own astronauts and gradually work its way up towards reaching orbit, the Moon. and ultimately, Mars.

Seeking international partners during this time, the CNSA cooperated with ESA on a magnetosphere-investigating mission, which ended in 2007, as well as forming a somewhat closer working relationship with Russia’s Roscosmos.

Unable to send astronauts to ISS, China was likewise forced to develop its own space station programme from scratch. The current Tiangong station represents the third generation of those efforts.

The initial launch of the core Tianhe module in April this year drew international criticism after its Long March 5B launch vehicle entered an uncontrolled fall once it delivered the module to its planned orbit.

The 25-ton rocket posed a potential hazard as its fall location could not be predicted until the very end, prompting NASA and other western agencies to condemn the reckless practice of unguided de-orbiting, something no other agency has done since the 70s. Beijing dismissed all concerns at the time, emphasising that the risk was negligible. The rocket’s debris eventually dropped into the Indian Ocean west of the Maldives.