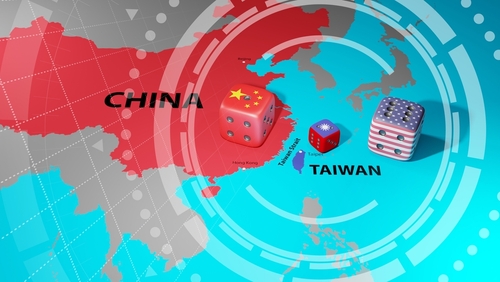 Speaking in Beijing, Ministry spokesperson Hua Chunying noted that the issue of Taiwan was a vestige of the Chinese civil war, as he went on to stress that China’s integrity should never have been compromised, and never has been compromised.

“Taiwan is not Ukraine”, Hua asserted. “Taiwan has always been an inalienable part of China. This is an indisputable legal and historical fact.”

The statements came as Taiwan’s President Tsai Ing-wen called for her country to increase its vigilance about military activities in response to the ongoing crisis in Ukraine, where Moscow has recognised breakaway rebel territories as independent republics and has offered its military assistance in the form of “peacekeeping forces”.

China is one of a shortlist of nations that refrained from condemning Russia’s actions and Moscow’s military build-up on the borders with Ukraine. Today, the Chinese Foreign Ministry also stressed that it opposed imposing sanctions on Russia, after the US, the UK, the EU, Canada, and Japan all had announced sanctions against Moscow.

Yesterday, senior Xinhua state-owned news agency editor, Ming Jinwei, wrote on his WeChat blog that China should support Russia, given that Beijing would need Moscow’s support in the future. “China has to back Russia up with emotional and moral support while refraining from treading on the toes of the US and EU”, he wrote. “In the future, China will also need Russia’s understanding and support when wrestling with America to solve the Taiwan issue once and for all.”

Apparently, in error, the Chinese state-owned Horizon News published editorial instructions on Tuesday about how to cover Russia-Ukraine topics, stating that any content “not positive toward Russia or positive toward West” was banned. The post was deleted later on.

Tags: comparisons between Taiwan and UkraineMain-SliderWorld-Feature