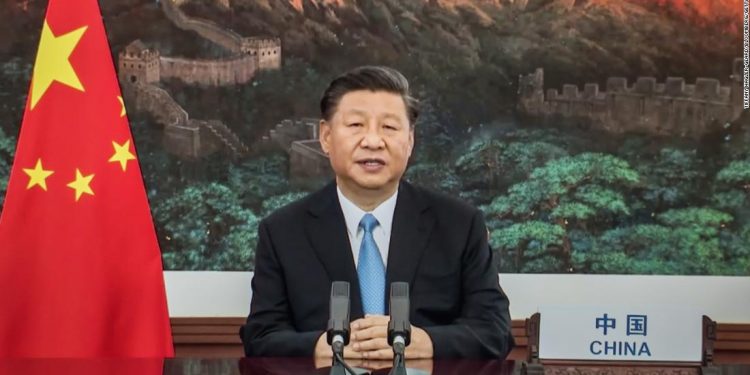 Addressing the United Nations this week, China’s President Xi Jinping committed to climate neutrality by 2060; the Chinese President also pledged that Chinese emissions will peak before 2030, which we know to be a concessions to EU demands.

Beijing’s historic undertaking gives a major boost to hopes for the green revolution needed to deliver the global objectives set in the Paris Agreement. Now, both Europe and China are moving from conceptual agreement to consensus over the roadmap pointing the way forward to a decarbonized global economy.

“The human race cannot continue to ignore the repeated warnings of nature”, the Chinese President declared, underlining how the Paris Agreement set the “minimum benchmark” rather than the ceiling of ambition required to save the planet he described as “our shared homeland”

This commitment will accelerate China’s radical industrial transformation as the country moves towards what is referred to as an “ecological civilization,” the term applied to a core ecological worldview that also has strong roots in the West. The phrase evokes a meeting of civilizations, not merely a confluence of policies.

Beijing’s call for international cooperation notes that the first inevitable step has to be a drastic reduction on coal dependence.

The announcement took the world press by surprise. The same cannot be said for those in Europe’s capitals and in Brussels who have been working for a considerable time to knit together a deal between the EU and China on climate and the environment.

If China is ready to dare to risk such a systemic transformation, the credit also goes to the determination of European Commission President Ursula Von der Leyen and the diplomatic groundwork by a number of member states.

A few days ago, the Director of DG CLIMA, Mauro Petriccione, noted that European and Chinese views on climate change were converging. Tuesday’s historic announcement was in fact anticipated by former chief negotiator Xie Zhenhua, China’s Special Adviser on climate, perhaps the most qualified interlocutor between Brussels and Beijing. At one fell swoop, Beijing has removed the last major obstacle on the negotiating table with Europe.

How the Paris Agreement works

The 190 signatories to the Paris Agreement are committed to prevent the rise of temperature above two degrees and, if possible, no more than one-and a half degrees. The latest assessment (2017) confirms that without a strict roadmap, the Treaty of Paris alone cannot produce measurable effects.

Originally, the Paris pact envisaged that states would submit Intended Nationally Determined Contributions  (INDCs) following national ratification. INDCs are documents containing the commitments and the details of measures each country is prepared to take to meet the Treaty objectives. Without the INDCs, Paris remains a simple declaration of intent.

On the basis of submitted INDCs, it is projected that by 2040, fossil fuels will still account for a 70% share of global energy consumption. That falls shy of the Paris objective of a 50% reduction, the threshold necessary to prevent global temperature rising beyond two degrees by the end of the century.

The Paris Agreement has undeniably failed. After 30 years of unsuccessful promises from COP to COP (Conference of the Parties), we need a new format for global negotiations on climate change and the environment that integrates the COP mechanism and locks it in or around the same unresolved issues.

The  EU-China Platform for climate and circular economy sets a precedent of broader significance.

The Green Deal of the von der Leyen Commission is in fact nothing but a description of the technological and industrial development path to be followed. It points to the specific measures and offers a roadmap for their completion. The benchmark is Paris. Put simply, we are dealing with the INDCs of the Union.

We have a radical transformation ahead of us. The progressive replacement of fossil fuels will change the energy matrix and make obsolete the economic paradigm that has dominated history since the Third Industrial Revolution. In our lifetime, we are likely to see profound transformations in the social fabric and consumption patterns.

With the Green Deal, the European Union finds its lost soul and sketches a new founding myth that allows it to speak to the hearts of its citizens. We have before us the vision of a clean, modern, resource-efficient, sustainable and fair economy. Technological excellence is an integral part of sustainability. The good news is that today we have the knowledge, the technologies and the capacity to achieve our objectives. Re-designing industrial processes is a challenge and there will be failures, but those who meet the challenge will be rewarded. There is little doubt that the process will boost European competitiveness.

The United States, a leader in technology, innovation, and creative ingenuity, is destined to reclaim its global leadership role. As soon as Washington reaffirms its climatic commitments, the US can pave the way towards this new era. Each cycle of innovation rises from the ashes of the old system. Those who don’t lead will be rule-takers and it is not in the nature of the United States to be a rule-taker.