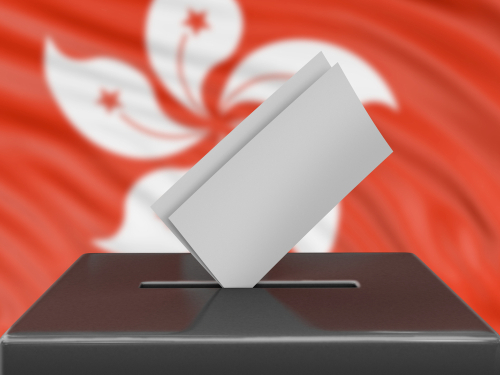 The National People’s Congress passed the new legislation with 2,895 delegates in favour, and one abstention. The new regulations will allow the Chinese Communist Party to appoint more Hong Kong lawmakers, further reducing the representation of the city’s citizens.

Western critics see the move as a violation of the autonomy the Chinese authorities pledged to grant Hong Kong at the time the UK handed it over in 1997. Beijing promised to retain the city’s democratic norms for at least the next 50 years, under its so-called “one country, two systems” doctrine.

The new electoral system will increase the number of Election Committee members by 300 to 1,500 – placing more Beijing loyalists in the body responsible for choosing the city’s chief executive and its legislative council, thereby making it more difficult for the pro-democracy opposition to influence the city’s governance. \

The reforms also increased the number of seats in the legislative council from 70 to 90, providing more seats to Communist Party backers and reducing opposition ranks to a point where they will have no meaningful role to play.

Pro-democracy activists see the change as a final nail in the coffin for the city’s semi-autonomous legislature.The changes come after more than 100 democratic lawmakers and committee members were arrested under the controversial national security law and charged with sedition and conspiring with foreign forces.