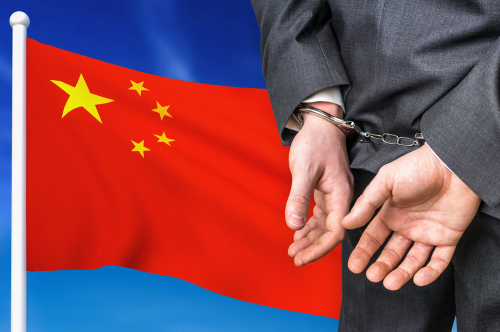 Brussels (Brussels Morning) A Chinese court has sentenced a Canadian businessman to 11 years in prison on vague spying charges, just days after China announced a death sentence for another Canadian national, while a third Canadian awaits sentencing in separate espionage trial.

Businessman Michael Spavor was arrested in December 2018, only a couple of days after Canada had arrested a senior Huawei executive, Meng Wanzhou, acting on an arrest warrant from the US. Former diplomat, Canadian Michael Kovrig was also detained in China at the end of 2018 after Meng’s arrest. Like Spavor, he too was charged with non-specific acts of espionage.

Spavor was charged with espionage in June 2020, after spending a year and a half in detention. His one-day trial was held in March, yet the verdict was announced only on Wednesday. Kovrig’s trial was also concluded in March, with sentencing still to be announced.

In a separate case, a Chinese court upheld a death sentence against Canadian national Robert Schellenberg, who was arrested in 2014 on drug smuggling charges. Initially sentenced to 15 years in prison, his sentence was changed to one of execution after he had appealed the original verdict.

All three cases are believed by the US and western countries to be a part of a “hostage diplomacy” campaign being waged against Canada, given that Canadian courts have yet to reach a decision as to whether to extradite Meng to the US. She is suspected by Washington of using a shell company to evade standing US sanctions against Iran, helping to provide Teheran with forbidden technology.

Meng not only serves as Huawei’s CFO, she is also the daughter of the company’s founder, an influential figure in China credited for creating one of the strongest telecom companies in the world. While China has repeatedly denied its cases against Canadian nationals have anything to do with the Meng situation, its diplomats have hinted at dire consequences for Canada in the event that Meng is ultimately extradited.

The EU condemned the verdict against Schellenberg on Tuesday, opposing the death penalty in principle, but also expressing concerns about due process and the arbitrariness of his detention and sentencing.

On Wednesday, the European External Action Service (EEAS) reacted to Spavor’s sentencing, noting he was arbitrarily detained, held under harsh conditions, tried behind closed doors and denied the right to appoint a lawyer of his choice. The EEAS urged China to abide by its international law obligations and to guarantee fair trial and due process, which it maintains it failed to uphold in the case of Spavor.