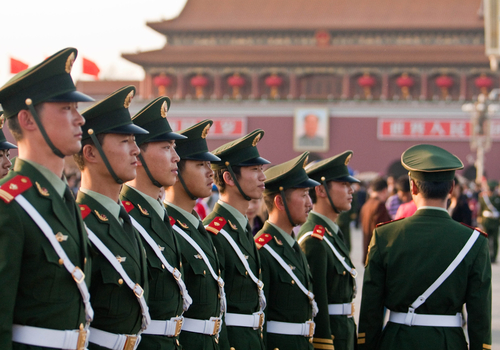 Brussels (Brussels Morning) The People’s Republic of China announced it would be increasing its defence spending in 2021 by 6.8%, to some 174.1 billion euro. The growth rate is somewhat higher than in pandemic-stricken 2020, but it still represents an overall slowdown of Chinese military’s expansion, AP.reports.

China’s defence budget grew only 6.6% in 2020, to 167 billion euro, marking the lowest annual growth in decades, as the Asian power recorded double-figure growth of its military budget to the point where it eventually reached second position in global defence spending list to that of the US.

According to Chinese government sources, the majority of its budget increase will go towards improving pay and other amenities for its three million standing troops, the world’s largest land army. Independent observers, warn that the budget does not list a large part of China’s spending on weapons and equipment, most of which is produced domestically.

Addressing the National People’s Congress, Prime Minister Li Keqiang said the government would “thoroughly implement Xi Jinping’s thinking on strengthening the armed forces and the military strategy for the new era, and ensure the Party’s absolute leadership over the people’s armed forces”.

China’s President Xi holds near-complete control over the People’s Liberation Army, as the military branch of the ruling Communist Party, heading as he does, both the government and party committees overseeing the country’s armed forces.

China’s military lacks the necessary force projection to become a truly global force, though it is constantly developing capabilities to be able to achieve its primary strategic goals including the potential to use force to reassert control over the independent island of Taiwan. In recent years, the Chinese military has also become more assertive in staking its claims in the South China Sea, the Western Pacific and the Indian Ocean.