by Shiva Singh
in World 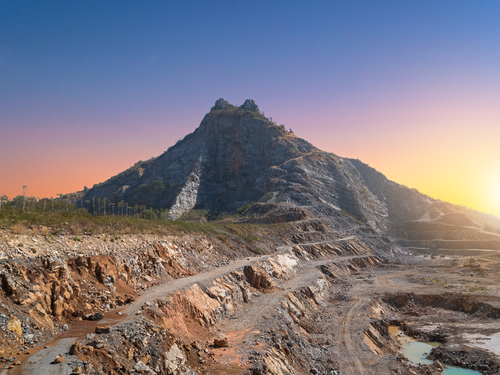 Aerial view of opencast mining quarry with lots of machinery at work - view from above.This area has been mined for copper, silver, gold, and other minerals

Brussels (Brussels Morning) At a time when countries from across the globe are going the extra length to evacuate their citizens and people of their diaspora from Afghanistan, which is now under the grip of the Talibani regime, China & Co. are seeing this overthrow of the Afghan government as an opportunity to gain control over the country’s rich natural resources.

Apart from an official statement by the Chinese government stating that they are “ready to work” with the Taliban, it is among the only few countries that have not evacuated their citizens from war-torn Afghanistan.

To improve their relationship with the militant group further, China has urged its citizens in Afghanistan to strictly abide by the Islamic rules and dress code.

The trillion-dollar treasure in the soil of Afghanistan

Gold, copper and rare earth metals, including Lithium, Cobalt, Neodymium, Praseodymium and Dysprosium are some of the hidden treasures that are buried deep inside the land of Afghanistan. According to some estimates, Afghanistan’s raw materials are worth over $3 trillion!

In this light, China’s growing intimacy with Taliban 2.0 certainly seems more than just a security measure for its citizens who are living in Afghanistan. Some of the rare metals that are in abundance in the Middle Eastern country are in great demand in the manufacturing industries developing batteries and high-tech scientific and military equipment.

How China fits into the picture perfectly

With the race for getting control over the raw materials from Afghanistan heating up, there’s little speculation as to why the country with a global monopoly in production would be at the leading spot.

However, Beijing’s efforts are likely going to reap the benefits. While this seemingly unusual friendship between the CCP and the Taliban will play a significant role in this race, it’s the militant group’s animosity with the Western powers that will ultimately bring them the trophy home.

It’s highly unlikely that the Taliban will be open to discussions with what it perceives as its enemies. Also, when there’s already a friendly neighbor ready with its open arms, it’s almost a done deal.

Regardless of which country gets its hands on these raw materials, Afghanistan is likely to play a decisive role in sustainable development and could very well fulfill the needs of renewable energy infrastructures from around the world.