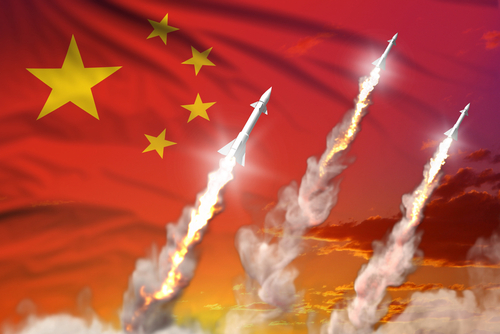 Using images from the Planet Labs imaging service, experts at the James Martin Center for Nonproliferation Studies at the Middlebury Institute of International Studies were shocked to find a massive construction site where at least 119 ICBM silos are being constructed, together with what appears to be a command centre.

Located near the city of Yumen in Gansu province, the launch facility appears to feature an underground bunker, with ten trenches visibly connecting the planned future command bunker to individual launch sites, presumably to be covered once communications lines are laid down.

Researchers from the Federation of American Scientists previously identified the expansion of the Jilantai ballistic missile training facility in February this year, when the construction of just 16 new missile silos sparked concerns among non-proliferation activists. The new silos in both locations seem to be intended for China’s new DF-41 ICBM, which is theoretically capable of hitting targets in most areas of the continental US.

Jeffrey Lewis, director of the East Asia Nonproliferation Program for the James Martin Center, emphasises that the existence of 119 new silos doesn’t necessarily add up to 119 new missiles, given that, until quite recently, China had only about 100 working missiles with operable warheads.

However, a US Department of Defence report published late last year predicted that China is actively looking to double its number of ICBMs in the near future. The February expansion of testing facilities, coupled with the ongoing construction of significant silo capacity, suggests that there is a real possibility that China is making room for additional missiles.

Regardless of the number of actual new missiles, experts warn that the latest development indicates China is working hard on increasing its deterrent capacity, probably to avert any possibility of the US launching a first strike against China in the event of a future conflict escalating.