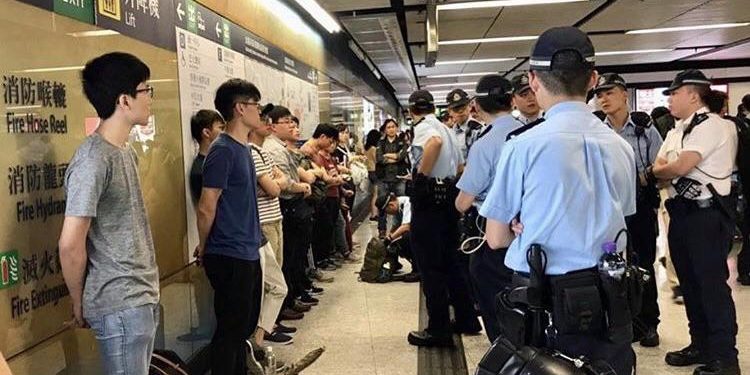 Brussels (Brussels Morning) The Chinese Embassy in Berlin criticized German MPs yesterday, Wednesday, for what it deemed to be irresponsible remarks about Taiwan and Hong Kong, DW reports. The rebuke came after the German parliament’s Committee on Human Rights and Humanitarian Aid met with Taiwanese politicians in Berlin at the beginning of the week.

After the meeting, Committee chair Gyde Jensen said it was important that Germany maintains a clear position against China regarding Taiwan’s independent status.  She added that the Taiwanese expected Germany to admonish China for its actions in Hong Kong and Taiwan and that Germany should insist that international law be observed.

China considers Taiwan, independent since 1949, to be part of its territory and is quick to react and criticise governments when they engage in official exchanges with Taipei. The embassy called on Germany to respect the one China policy, asserting that Taiwan is part of China, and claiming that acknowledging this was a key element in Chinese-German relations. The statement also said it was both unacceptable and an interference to attack China’s introduction of national security laws in Hong Kong.

The Germany’s Foreign Ministry has pointed out that Taiwan and Germany share an important partnership, connected by close and substantial scientific, cultural and economic relationships. While only 15 small countries recognise Taiwan as a state, its government has commercial and informal deals with many countries.

The Berlin meeting was attended in person by the Taiwanese representative in Germany Jhy-Wey Shieh while Taiwan’s Digital Minister Audrey Tang and two deputy ministers participated via video-link. Talks had been slated for last month but were postponed due to the worsening coronavirus epidemiological situation.